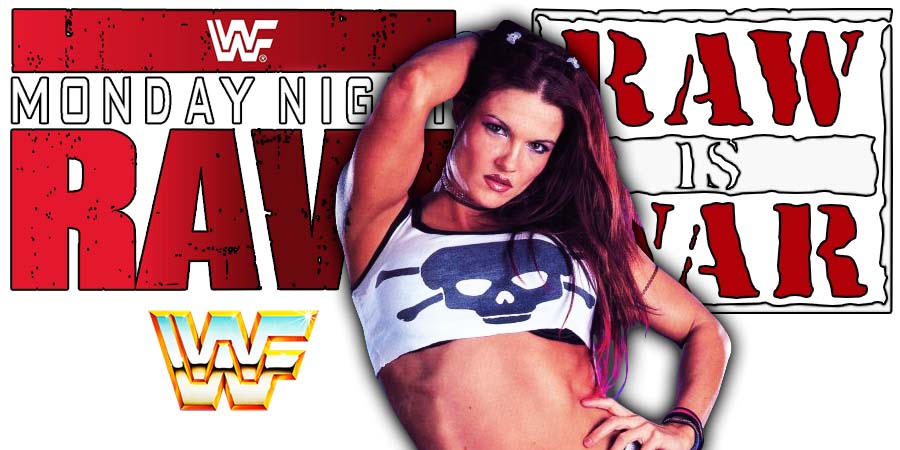 After Edge won the WWE Championship at the New Year’s Revolution 2006 PPV, Edge and Lita had a Live $ex Celebration in the ring the following night on RAW.

Today marks 16 years since this infamous segment took place on the red brand.

In 2021, Lita revealed that she was uncomfortable in performing this act on TV, but was told that she’d be fired if she refused to do it.

The WWE Hall Of Famer added that a lot of members of the WWE crew, including Edge and John Cena, tried to get the segment scrapped, but WWE went ahead with it because Vince McMahon wanted it to happen.

This is the reason why Lita left the company afterwards, and was treated poorly on her way out.

Cryme Tyme auctioning off her belongings in a “ho sale” after she lost the Women’s Championship to Mickie James in a retirement match at Survivor Series 2006 was probably a punishment for her.

During this segment in the bed with Edge, Lita got accidentally exposed. You can check out the best quality shot below:

MUST READ: Lita Reveals Why She Cheated On Matt Hardy With Edge