The Undertaker wrestled at a WWE Live Event in over 2 years, when he teamed up with his storyline half-brother Kane to face the team of Luke Harper & Braun Strowman at last night’s WWE Live Event in Mexico. It should be noted that Undertaker grabbed a beer from a fan during the match and drank it in “Stone Cold” style! You can watch the FULL MATCH below:

The team of Undertaker and Kane won the match when Taker locked in the Hell’s Gate submission on Luke Harper and he tapped out. It should be noted that Braun Strowman’s character of a “Super Heavyweight Monster Heel” was protected during the match as Kane & Taker went for a double chokeslam on Strowman but he managed to get out of it. Below are the pics from the match: 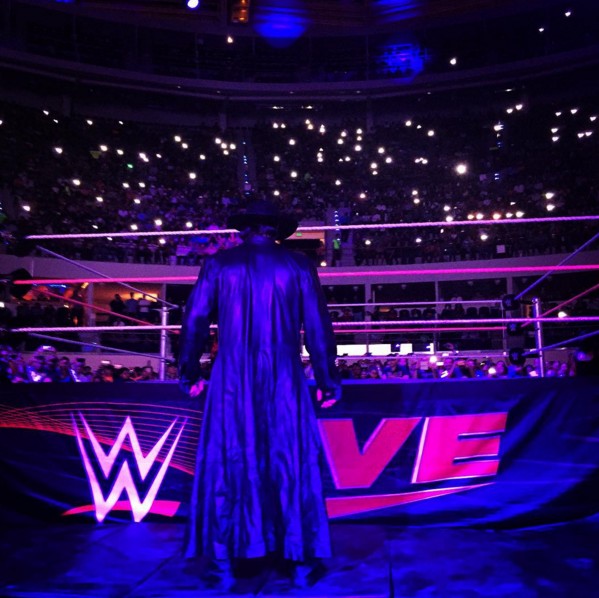 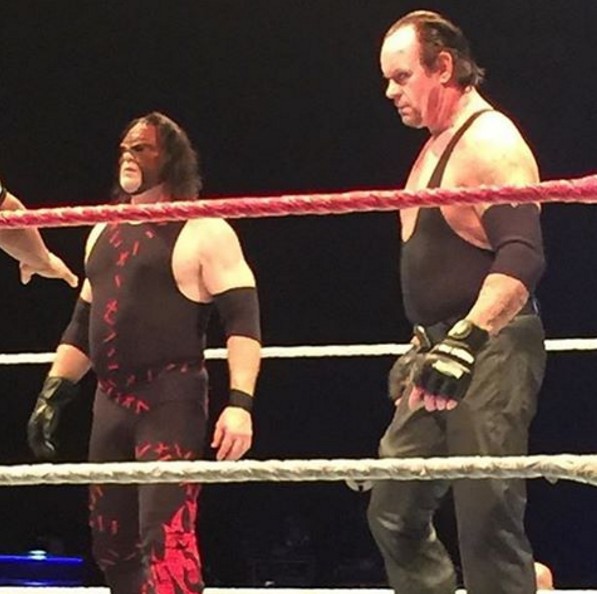 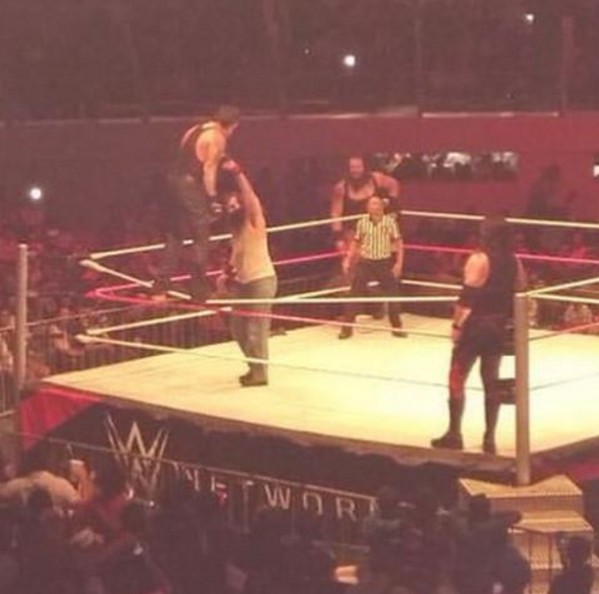 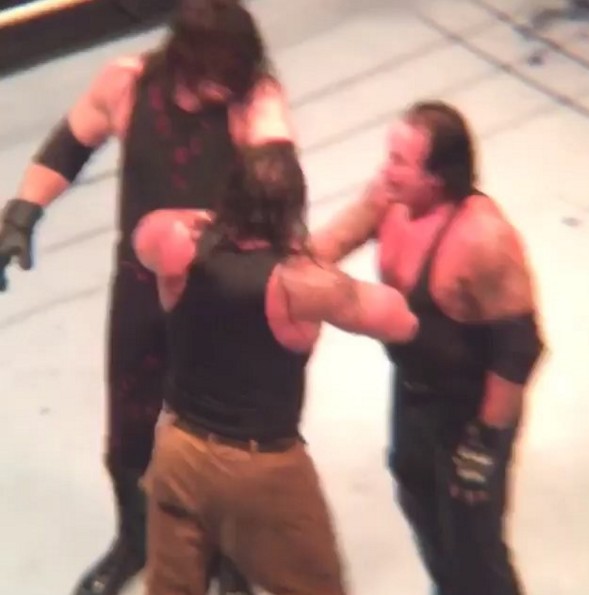 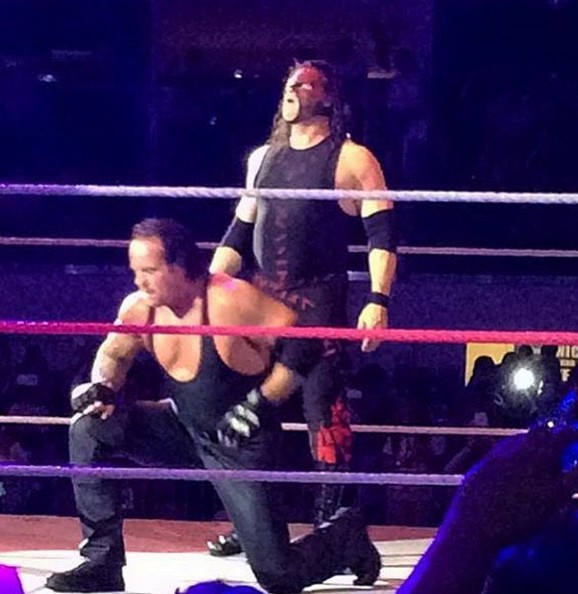