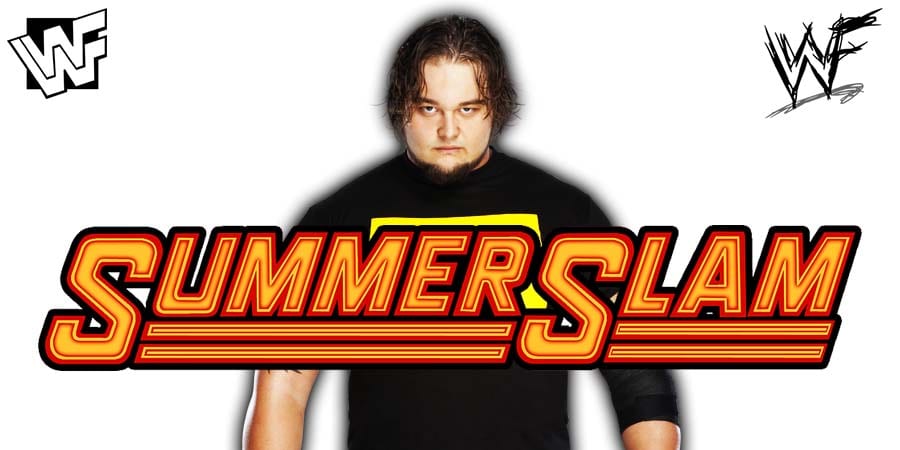 When he first joined WCW in 1993, he was called ‘Lightning’, one half of the Tag Team ‘Thunder and Lightning’, but in 1995 he was repackaged as Gulf War Veteran ‘Cobra’.

Jeff’s most famous gimmick was born at the ‘WCW Fall Brawl 1996’ PPV, when he portrayed Sting, but it was revealed that he was a bogus Sting, hired by the nWo to make it look like the real Sting (Steve Borden) had attacked Luger in the parking lot a few days earlier.

From that day forward, the fake Sting became a regular member of the New World Order faction on WCW TV, before jumping ship to WCW’s Japanese partner promotion NJPW, where he wrestled as a member of nWo Japan.

WWE uploaded The Fiend’s complete SummerSlam 2019 entrance on their YouTube channel, but soon deleted it.

WWE then uploaded an edited version of the entrance where you can’t see the Bray Wyatt Head Lantern in the entrance.

You can watch the edited version below:

Bryan Alvarez addressed this situation on Wrestling Observer Live and said the following:

“All I can tell you is I’ve asked several people about this and nobody heard anything about the lantern not being a part of the act. In fact, one person told me I guess it’s gonna be part of like his whatever you call it action figure or whatever they’re producing these lanterns.

So, anyway, I think everyone’s reading too much into this, but I mean we’ll know soon enough. If he shows up again with no head lantern we’ll know, but I wouldn’t be writing it off yet.”