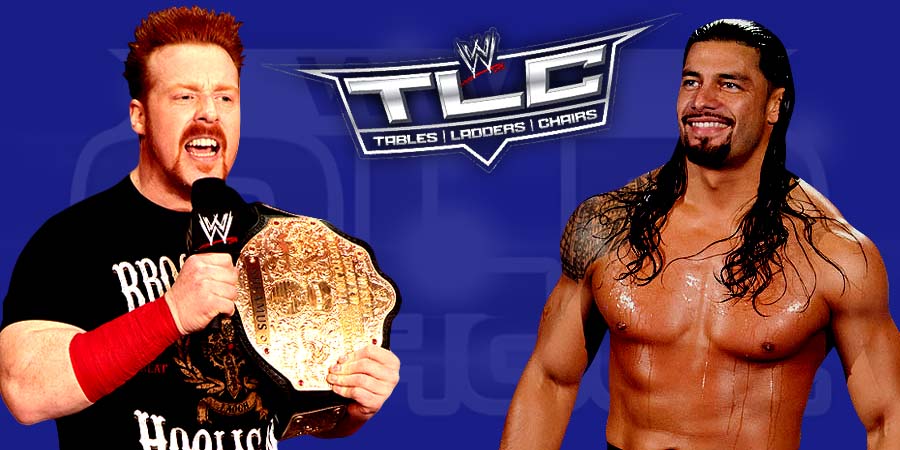 WWE TLC 2015 took place from the TD Garden in Boston, Massachusetts. Below are the results from the show:

– WWE World Title Match: Sheamus def. Roman Reigns to retain the Title. During the end, Reigns hit a Superman punch on the top of the ladder and Sheamus went through the table. Reigns was about to get the Title but League of Nations stopped him. Reigns fought them and went to stop the Sheamus from getting the Title but gets Brogue Kicked and Sheamus gets the Title.

League of Nations hoist Sheamus on their shoulders but Reigns spears all of them and starts attacking them with Chairs. The Authority comes out to stop Reigns but Reigns doesn’t care and attacks Sheamus with a chair again. Reigns hits a Superman Punch on Triple H and hits him with multiple chair shots. Reigns isn’t done as he clears the Spanish announce table and powerbombs him on the table but the table doesn’t break. Roman hits an elbow drop the announce table to break it and the crowd cheers! “Thank you Roman” chants from the crowd as Triple H is being helped my multiple referees but Reigns comes back and spears Triple H on the floor. Stephanie yells “you’re gonna pay for this, Roman”. Reigns poses for the crowd as WWE TLC 2015 goes off the air with Triple H laid out.