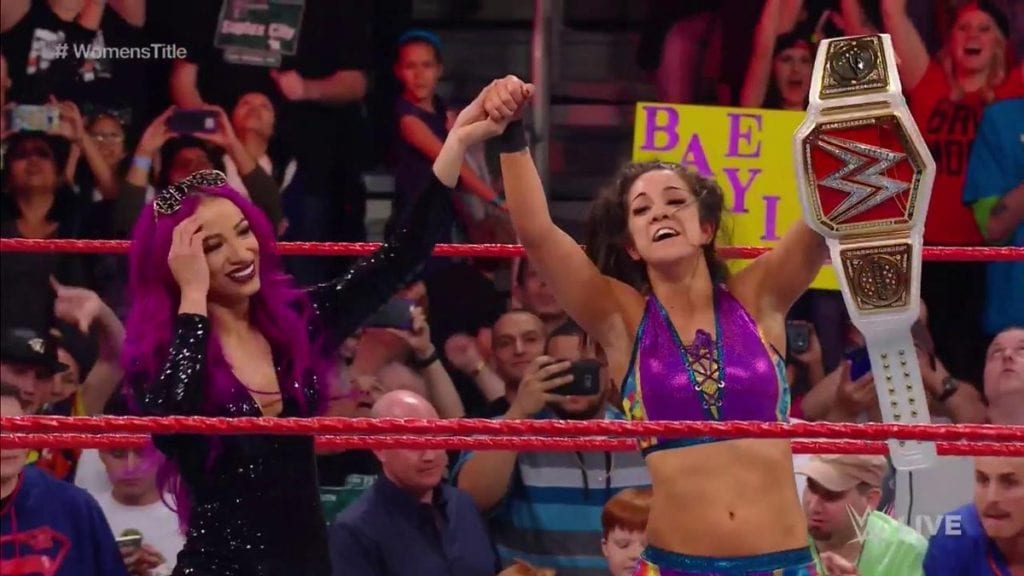 However, WWE decided to let the strap stay on Bayley and have her end Charlotte’s undefeated PPV streak. Now Bayley will defend the Raw Women’s Championship at WrestleMania 33.