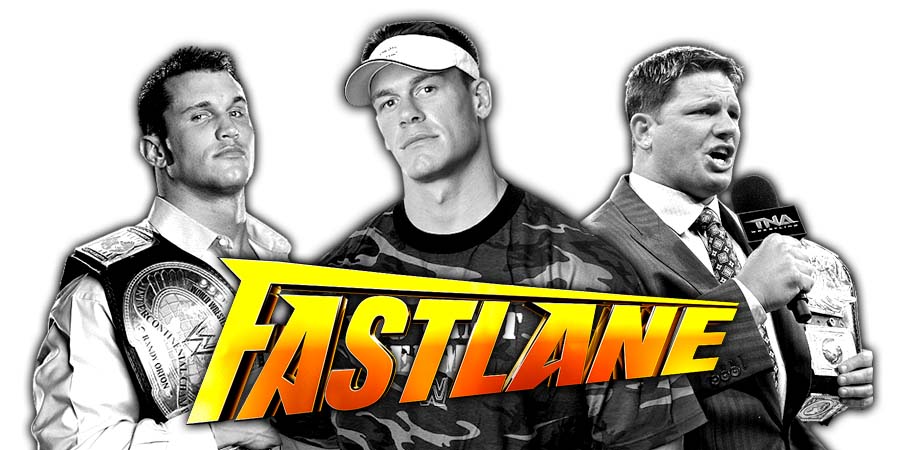 • Old School Wrestling Legend Would Have Celebrated Her Birthday

Below are some interesting statistics from last night’s FastLane 2018 PPV:

– Randy Orton is the 10th Grand Slam Champion in WWE under the current format.

– Randy Orton joins Chris Jericho as the only WWE wrestlers to achieve the WWE Grand Slam with the United States Championship as the final accomplishment.

– Carmella is 2 weeks away from becoming the wrestler to hold the Money In The Bank contract for the longest time before cashing it in. The record is currently held by the first ever Money in the Bank winner, WWE Hall of Famer Edge. Carmella has held it for 256 days now.

– The Usos & The New Day competed against each other in a WWE Tag Team Title match for the 6th time.

– The New Day has held the Tag Team Titles (Raw & SmackDown) for a combined 587 days in all their Title reigns. The Usos will now overtake them on the day of WrestleMania 34 if they don’t defend the Titles before WrestleMania (basically don’t lose the Titles before the Show of Shows). The Usos have held the Tag Team Titles (Raw & SmackDown Live) for a combined 560 days.

– FastLane 2018 featured Charlotte Flair’s 3rd televised defense of the SmackDown Women’s Championship. Her 4th televised defense will now come at WrestleMania 34 against the winner of the first ever Women’s Royal Rumble match, Asuka.

– Just like her WrestleMania 34 opponent, Charlotte Flair has a little streak going on for her as well. She hasn’t been pinned or submitted in a singles match since July 2017.

– Ruby Riott failed to become the first female wrestler after Paige to win a Title in her first Title match on the main roster.

– WWE Champion AJ Styles has now joined a very elite class. AJ Styles is now the 11th WWF/E star to have multiple WWE Title reigns that have lasted 100+ days. His first WWE Title reign lasted 140 days and the current one is at 123+ days. If that’s not enough, Styles joins Bruno Sammartino & Randy Savage as the only 3 wrestlers to have all of their WWF/E Title reigns last more than 100 days each.