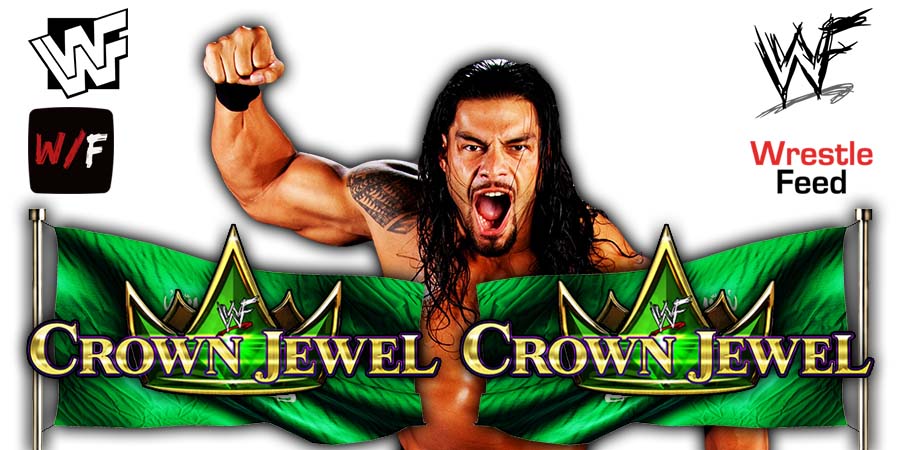 After Roman’s interview on the show ended, Logan said he’d like to face The Tribal Chief and thinks he has what it takes to defeat the man who hasn’t been pinned in WWE in over 1,000 days.

This led to Reigns tweeting the following:

“I bless the world and bring the Island of Relevancy to your show. You and your boys acknowledge me and as soon as I’m gone you run your mouth?!

“I am in receipt of your command, and I shall indeed bestow upon @LoganPaul the wisdom he so desperately lacks.

My #TribalChief, please consider this HANDLED!”

“Exactly how do you plan on handling me?”

“…It just so happens I have a globally televised platform to allow our Superstars to ‘handle’ their issues with one another…consider this an invite for SmackDown tomorrow night!”

WWE has now officially added Logan to tonight’s SmackDown. They posted the following:

“Logan Paul will cap off his hectic week by traveling to SmackDown this Friday night.

The Media Megastar has impressed early in his WWE tenure, turning heads with his matches at WrestleMania and SummerSlam. One can only imagine what Paul has in mind with his next performance for the WWE Universe.

What kind of chaotic energy will Paul bring to SmackDown? Find out this Friday on SmackDown at 8/7 C on FOX!”

Logan is now teasing a major announcement for tonight’s SmackDown and it looks like we already know what it might be.

WWE will hold a press conference for this event in Las Vegas tomorrow.