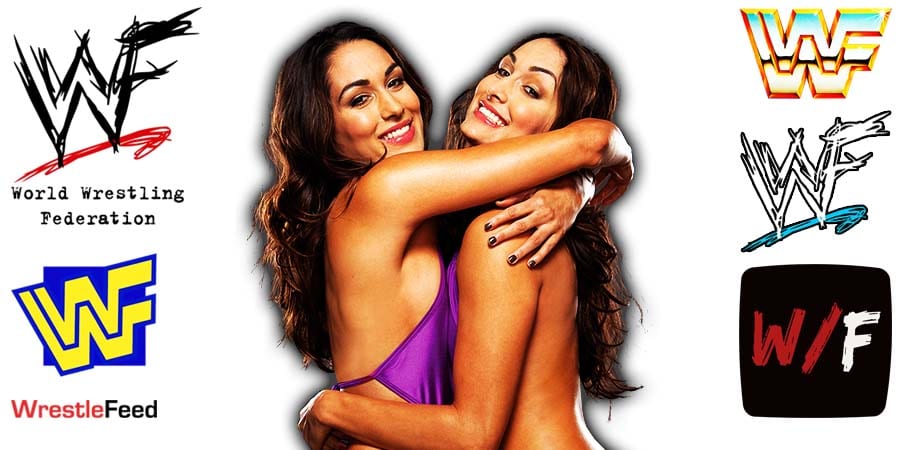 • 2 Hall Of Famers Will Definitely Make A Return To WWE

WWE Hall Of Famers The Bella Twins (Nikki & Brie) are planning on having one more run in WWE.

During a recent interview with Entertainment Tonight, Brie Bella talked about her SummerSlam 2014 match with Stephanie McMahon and revealed that The Bellas will make a return.

“I’ll never forget the moment that I wrestled Stephanie McMahon at SummerSlam, and to see her three little girls – they were little at the time – their faces when we came back, they looked at their mom like she was a superhero, and I want that one day. I just thought that was the coolest thing.

So, the Bellas are definitely going to make a comeback. We don’t know exactly when but we said we have one more run in us and we’d really love to do it. I know for me, we are definitely starting that preparation.”