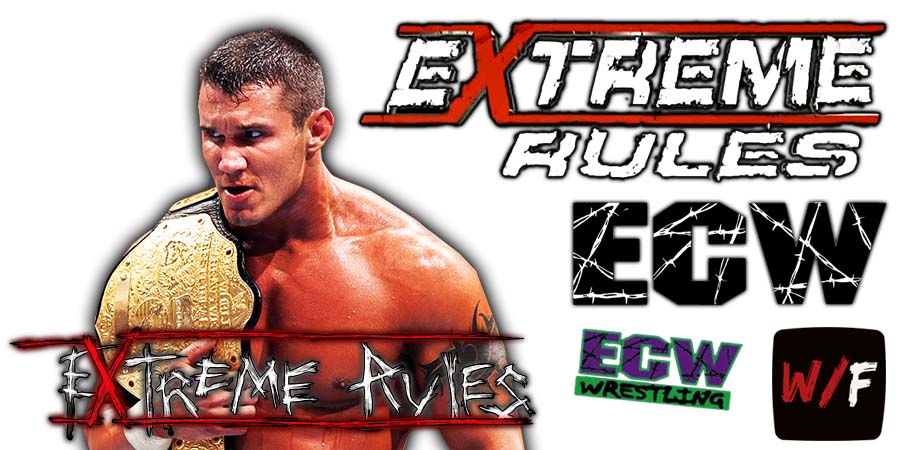 On tonight’s episode of RAW, Randy Orton challenged Bobby Lashley to a WWE Championship match and Sheamus defeated Drew McIntyre (he pinned him by grabbing his tights) to earn a United States Championship match.

Below is the updated match-card for Extreme Rules 2021 (which will take place at the Nationwide Arena in Columbus, Ohio on September 26):

Charlotte Flair (c) vs. Alexa Bliss for the RAW Women’s Championship is also expected to be added to this PPV, but it hasn’t been officially announced yet. Alexa made it clear on tonight’s RAW that she wants the Title.

UPDATE: The above stated RAW Women’s Championship match has been made official for Extreme Rules.

On this day in 2018, we lost Old School Hollywood Legend & WWF WrestleMania X Celebrity Burt Reynolds at the age of 82 due to a heart attack.

He starred in famous 80s movies such as “Smokey and the Bandit” (I, II & III), “The Cannonball Run” (I & II) and “Rent-a-Cop”, as well as the 2005 Adam Sandler movie “The Longest Yard”, in which he co-starred alongside Old School Wrestling Legends Goldberg, “Stone Cold” Steve Austin & Kevin Nash.