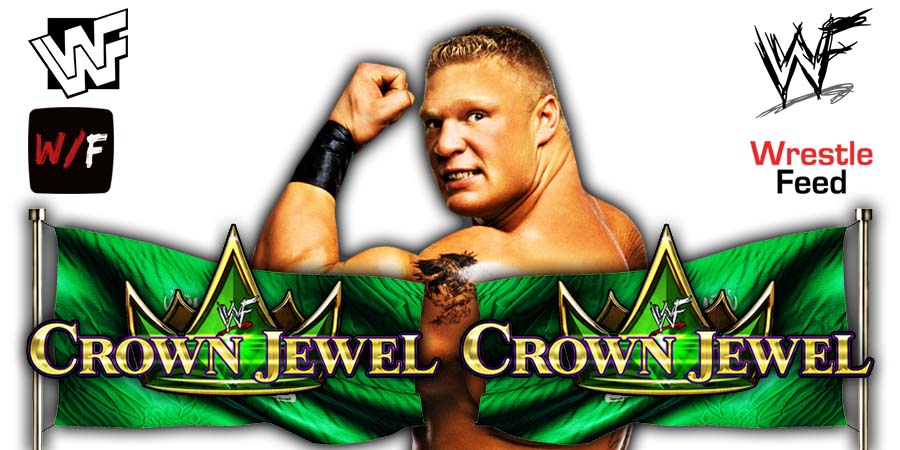 WWE’s next premium live event is Crown Jewel 2022, which will take place in Riyadh, Saudi Arabia on November 5th.

On tonight’s episode of RAW, a big brawl broke out between Bobby Lashley and Brock Lesnar, where The All Mighty laid out The Beast.

After the match, Finn Balor’s Judgement Day challenged AJ Styles’ club to a match at Crown Jewel, and The Phenomenal One accepted. Later in the night, Dominik Mysterio defeated Styles in a singles match.

Below is the updated match-card for WWE Crown Jewel 2022: