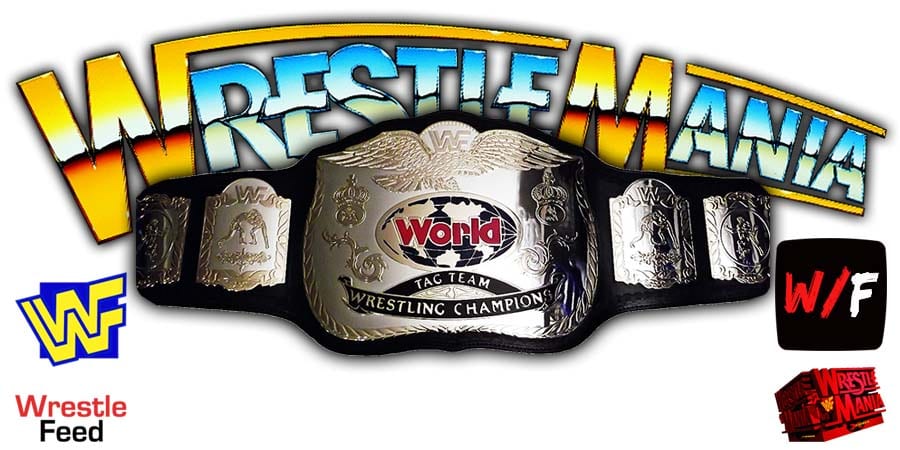 • 2 Wrestlers Will Wrestle Twice At WrestleMania 37

WWE has taped next week’s go-home edition of RAW for WrestleMania 37 and the plan for the Women’s Tag Tag Championship match has been revealed.

Complete spoilers aren’t available for RAW as of now, but the following 4 teams are expected to be a part of the match on Night 1:

This means that two wrestlers are going to wrestle two matches at WrestleMania 37 (one on Night 1 and one on Night 2).

Also Read: Backstage News On The Kickoff Show For Night 1 Of WrestleMania 37