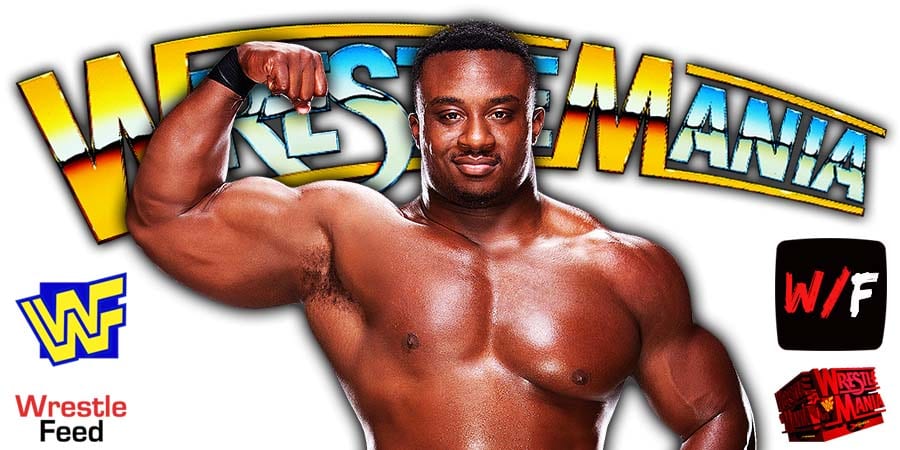 • 3 New Matches Announced For WrestleMania 37, Roman Reigns To Compete On Both Nights Of WrestleMania?

On tonight’s episode of SmackDown, Seth Rollins defeated Shinsuke Nakamura again. Rollins continued attacking Nakamura after the match and Cesaro made the save and laid out Rollins.

Rollins then said he’s tired of being embarrassed by Cesaro, and challenged him to a match at WrestleMania 37.

Cesaro ambushed Rollins and did a Cesaro Swing on him again backstage. Cesaro accepted the challenge after that. This match will take place on Night 1 of WrestleMania 37.

A rematch between Big E and Apollo Crews for the Intercontinental Championship was then announced for WrestleMania 37. This match will take place on Night 2.

Another match that will take place on Night 2 of WrestleMania 37 is Kevin Owens vs. Sami Zayn.

Also on tonight’s SmackDown, Daniel Bryan kicked off the show and said he deserves to main event WrestleMania 37 since he made Roman Reigns tap out, and wants a rematch for the Universal Championship.

Edge interrupted and told Daniel that he already lost to Roman twice and doesn’t deserve to main event WrestleMania, while he does since he won the Men’s Royal Rumble match. They fight with Edge standing tall after hitting Bryan with a Steel Chair and a Spear.

Later in a backstage segment, Roman told Adam Pearce that he’s not working both nights of WrestleMania. Pearce then said he’ll make his decision by the end of the night.

Edge then said the following to Pearce backstage:

“Let’s hope you make the right decision. …Or else.”

"Now I don't have to beat you for the title, I can beat him IF he's involved… So think about that." 👀#SmackDown #UniversalTitle @EdgeRatedR @WWERomanReigns @WWEDanielBryan pic.twitter.com/oeqwWkbXJh