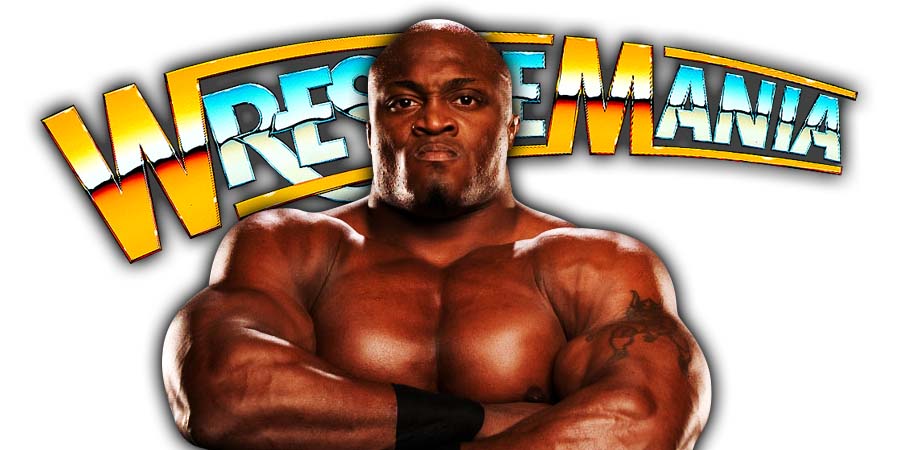 It was pre-taped at the Freeman Coliseum in San Antonio, Texas and featured pre-taped matches & storyline segments on the road to the ‘WWF WrestleMania 2000’ PPV.

According to The Dirty Sheets, Bobby Lashley, Corey Graves and Carmella are confirmed to be the WWE stars to be diagnosed with the coronavirus, while Rey Mysterio, Dana Brooke, Murphy, The Miz, Kairi Sane, Roman Reigns and many others are in self isolation.

While Carmella is said to be suffering the worst from COVID-19, Lashley reportedly beat the virus and returned to work last week’s WrestleMania 36 tapings, where he had a match against Aleister Black.

Dirty Sheets’ source had the following to say about this situation:

“It’s bizarre that they are being banned on their own social media platforms and are instructed to bat away questions from the media.

It’s like Vince thinks it’s personal to him and he’s feuding with an invisible virus – like it’s WWF vs. WCW, but instead it’s WWE vs. COVID.

It’s especially f*cked for those that are sick, that they must hide it from the world, rather than being role models and encouraging people to adhere to the guidelines.

As an employee, I find the WWE’s handling of this entire situation to be both embarrassing and disgraceful. I also guarantee you from speaking to other guys, some superstars are gonna pretend they aren’t sick, and work – simply to carry favour with this certified lunatic.”