The go-home episode of SmackDown for the 2020 Elimination Chamber pay-per-view will take place at the KeyBank Center in Buffalo, New York. Expect more matches to be announced for Elimination Chamber tonight as WWE still needs to use a few top stars from the blue brand this Sunday.

Last week’s show featured the beginning of the feud between Roman Reigns and Goldberg for the Universal Championship. John Cena also returned to SmackDown and ended up meeting his old rival, Bray Wyatt (but this time as The Fiend). Naomi and Lacey Evans defeated SmackDown Women’s Champion Bayley and Sasha Banks, while The Usos pinned the new SmackDown Tag Team Champions John Morrison and The Miz.

Tonight’s show is set to feature a rematch between Bayley & Sasha Banks and Naomi & Lacey Evans. The nWo (Kevin Nash, Scott Hall & Sean Waltman) will also be special guests on A Moment Of Bliss, where they’ll discuss their upcoming Hall Of Fame induction.

Bray Wyatt will return with another episode of the Firefly Fun House, while a Tag Team Gauntlet match will take place between the teams participating in the Elimination Chamber match this Sunday, with the winners earning the last spot in the match.

So without further ado, let’s take a look at 5 things that might happen on tonight’s SmackDown. 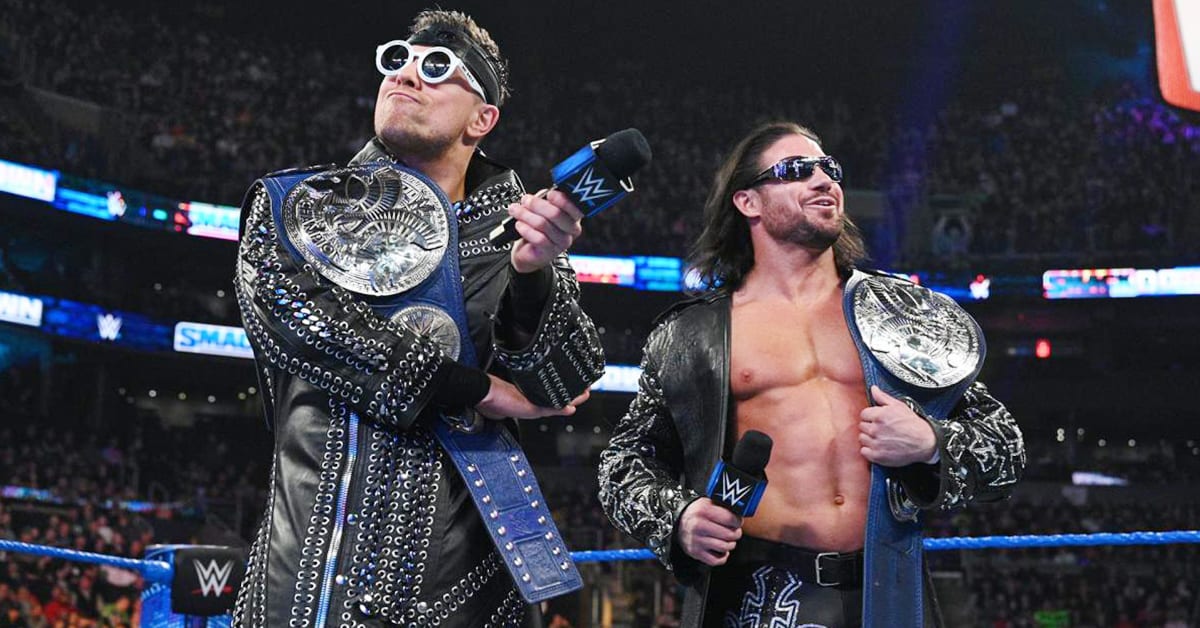 Just after winning the SmackDown Tag Team Titles from The New Day at Super ShowDown, John Morrison and The Miz already have a huge challenge ahead of them. Their first Title defense is going to be inside the Elimination Chamber against The Usos, Heavy Machinery, The New Day, Lucha House Party and Dolph Ziggler & Robert Roode.

The same teams will battle in tonight’s Tag Team Gauntlet match for the right to enter at #6 in the Elimination Chamber match.

The most likely result is going to be Morrison and Miz winning tonight’s bout as they can’t be pinned for the second week in a row. The Usos defeated them last week so another loss would just hurt their credibility.

In addition, they’re expected to win the Elimination Chamber match this Sunday so they can just enter last and win it, and go on to claim that they defeated everyone just like every other heel does.