The go-home episode of RAW for this Sunday’s Elimination Chamber 2021 pay-per-view will air from the WWE ThunderDome in Tampa Bay, Florida tonight.

Last week’s show ended with Sheamus unintentionally taking out Randy Orton with a Brogue Kick, after which WWE Champion Drew McIntyre dropped him with a Claymore Kick. 2021 Men’s Royal Rumble winner Edge appeared in a segment with Mr. Money In The Bank The Miz, John Morrison and Angel Garza.

Lacey Evans earned a RAW Women’s Championship match against Asuka, while a Triple Threat match between Riddle, Keith Lee and Bobby Lashley was announced for the United States Championship at Elimination Chamber.

5. Chaos Breaks Out On Miz TV 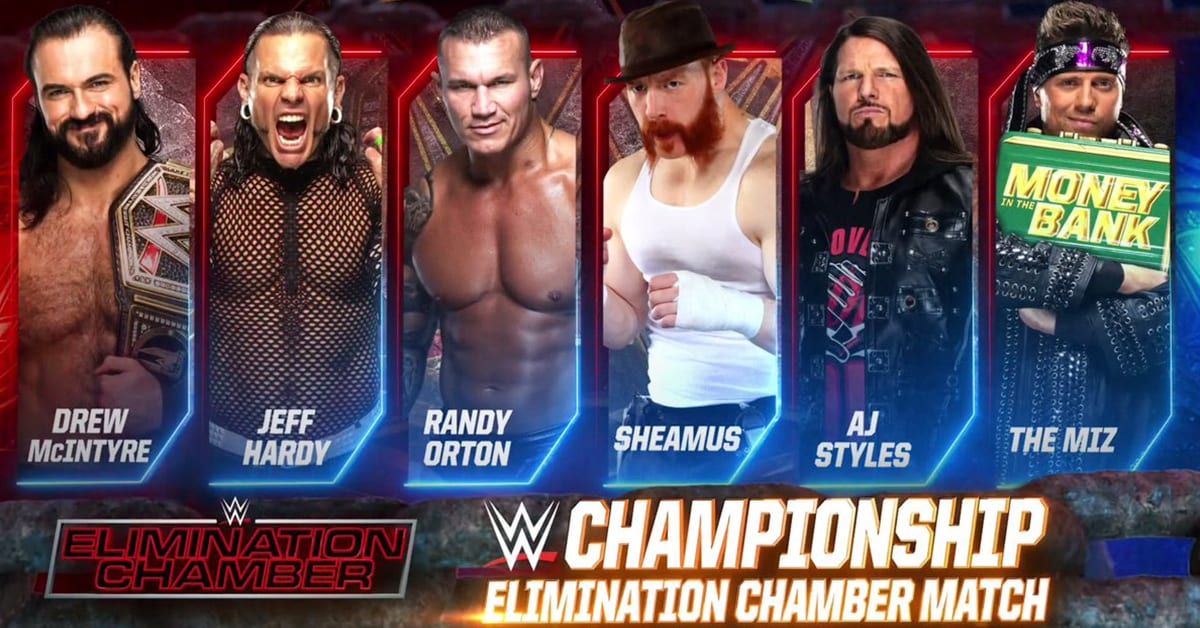 Just like most editions of Miz TV, this one will probably end in chaos too.

There’s a good possibility that Sheamus, AJ Styles, Randy Orton and Jeff Hardy will interrupt the conversation between McIntyre and Mr. Money In The Bank The Miz.

A brawl will probably break out between all of them to hype up their match at Elimination Chamber.