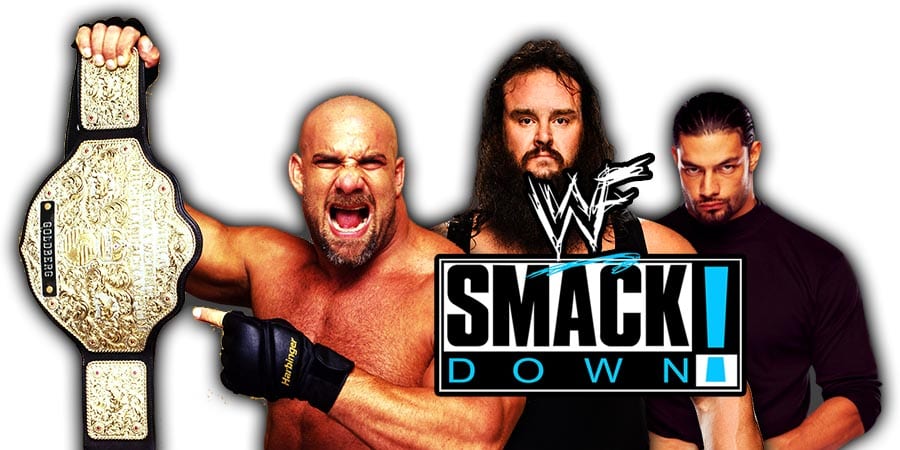 The last stop before “The Grandest Stage Of Them All”, WWE SmackDown, will take place tonight at the WWE Performance Center in Orlando, Florida. As the last show before WrestleMania, WWE will fire from all cylinders to hype up the fans.

Last week’s show featured Bray Wyatt challenging John Cena to a Firefly Fun House match at WrestleMania 36, while Drew Gulak earned Daniel Bryan an Intercontinental Championship match at the Show Of Shows. Alexa Bliss got a win over Asuka. Tamina also made a statement before the SmackDown Women’s Championship match this weekend.

Tonight’s show is set to feature an appearance from John Cena, who’ll respond to Bray Wyatt’s challenge. An episode of Miz TV will also air with The New Day and The Usos as guests. Daniel Bryan and Sami Zayn will meet one more time before their match at WrestleMania. Expect more action from the go-home edition of SmackDown for WrestleMania 36.

After Asuka cost Alexa Bliss and Nikki Cross a Tag Team match a couple of weeks ago on SmackDown, The Goddess challenged her to a one-on-one contest on last week’s show. Bliss managed to defeat the Women’s Tag Team Champion successfully.

Earlier this week, WWE announced that Bliss and Cross would challenge The Kabuki Warriors for the Women’s Tag Team Championship at WrestleMania 36 this weekend.

Asuka and Kairi Sane will be looking to demoralise the challengers heading into the Show Of Shows, so Asuka could show up with her partner tonight to launch a sneak attack on Bliss and Cross.