WWE RAW will be emanating from the Chase Center in San Francisco, California tonight. The exciting build-up to the Hell In A Cell pay-per-view will continue on tonight’s show.

Last week’s episode proved to be one of the best in recent memory. ‘The Demon’ Kane made a surprise appearance and saved Seth Rollins from a beat-down in the main event. While the WWE Universe was enjoying watching Kane after such a long time, WWE threw another surprise their way by making The Fiend attack him.

Moreover, Sasha Banks and Becky Lynch continued from where they left off at Clash Of Champions. Baron Corbin was crowned the King Of The Ring 2019. Rusev also made his surprise return to the WWE last week.

6. AJ Styles’ Next Opponent Is Revealed 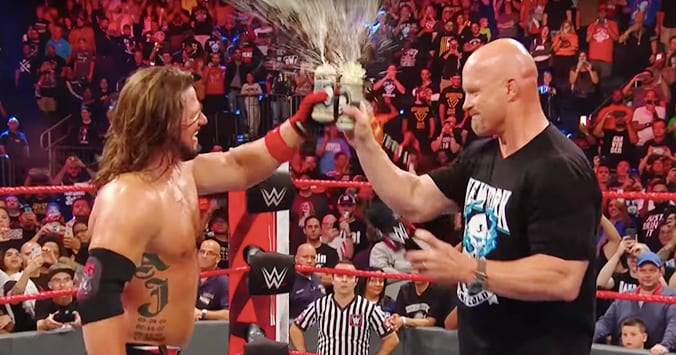 The Phenomenal One got a dominating victory over Cedric Alexander on the Clash Of Champions kickoff show to retain his United States Championship. The following night on RAW, he once again pinned Alexander in a tag team match to prove that he wasn’t worthy enough to compete for the United States Title.

There are several reports that claim that Vince McMahon has decided to end Alexander’s push which means we won’t see him in the United States Title picture anymore. With Styles done with Alexander’s challenge, tonight could be the night we find out who he’ll be facing at Hell In A Cell.

Braun Strowman is one of the wrestlers who could go after the United States Champion as they still have some unfinished business. Both the times they went head-to-head, the match could not end in a proper way. Since Strowman has nothing to do currently, he might reignite his rivalry with Styles tonight.

If not The Monster Among Men, there are several other guys on the roster who would be up to challenge Styles at Hell In A Cell. Whoever Styles’ next challenger will be, we will most probably find it out on RAW tonight.