With WWE now done with the last pay-per-view of the year, TLC, they’ll be heading to Des Moines, Iowa tonight for RAW. It will be a long night for fans in attendance as the company will also tape the Christmas episode of RAW after tonight’s RAW goes off air.

The show is set to feature the fallout from TLC last night and also a little build-up towards Royal Rumble 2020.

At TLC, Bobby Lashley defeated Rusev with some help from Lana. The Viking Raiders retained their RAW Tag Team Titles against The O.C. after the bout ended in a double count-out. In addition, The Kabuki Warriors defeated Charlotte Flair and Becky Lynch in a TLC match to retain their Tag Team Championship. 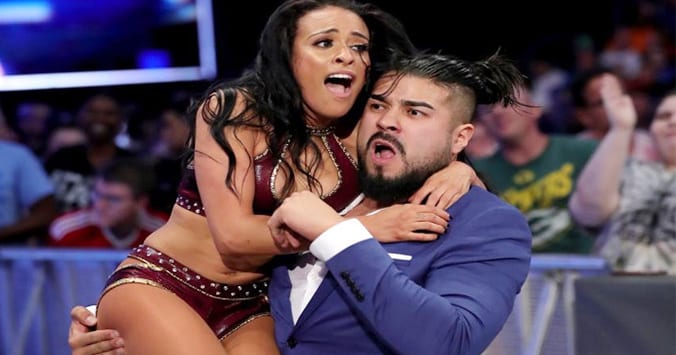 Since he stepped foot in the WWE, Andrade impressed everyone with his immense talent. He reached greater heights when he joined forces with Zelina Vega. The duo has been together for more than 2 years.

However, things between them have started falling apart. Last week on RAW, Andrade lost in what was an upset against Humberto Carrillo. El Idolo had everything under control until Vega tried to help him like every time. When she was on the apron, Andrade mistakenly ran into her, which Carrillo took advantage of and got the win.

The two men faced off in a rematch at TLC last night where Andrade lost again. He blamed his loss on Vega and walked out on her after the match.

It looks like tensions will keep increasing between them and Andrade could lose another match tonight if Vega comes out with him.