The first episode of Friday Night SmackDown for the month of December will take place tonight at the Crown Coliseum in Fayetteville, North Carolina. The build-up towards TLC 2019 will continue tonight.

So far, no matches have been officially announced for the event, but there’s a possibility that the Universal Championship rematch between The Fiend and Daniel Bryan may be announced for TLC 2019 tonight.

Last week’s show featured a vicious version of Roman Reigns, who completely destroyed Robert Roode to kick off the show. WWE also had a night full of surprises last week as Alexa Bliss and Elias made their return to the blue brand, while Sheamus announced his return too during a vignette.

Lacey Evans turned babyface and started a rivalry with Sasha Banks and Bayley. The New Day also retained their SmackDown Tag Team Championship against Cesaro and Shinsuke Nakamura. Daniel Bryan was once again brutalized by The Fiend in a hellacious manner. 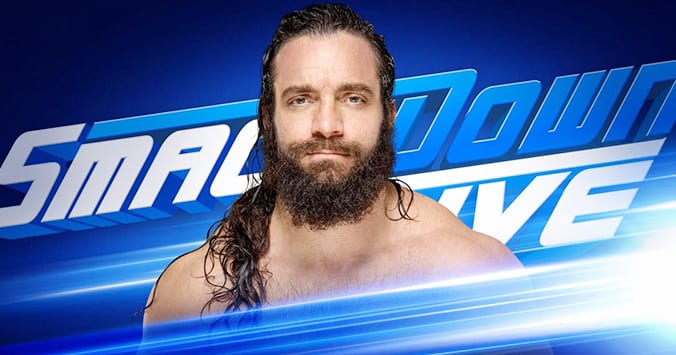 Elias has been on a roll this year. However, his momentum came to a halt when he had to be pulled from the semi-finals of the King Of The Ring 2019 tournament due to a broken ankle.

After remaining out of action for 2 months, Elias made a surprise return to SmackDown last week. When Drake Maverick appeared backstage and tried to kiss Dana Brooke, “The Drifter” hit the strings of his guitar and surprised the WWE Universe.

One interesting thing to note here is that Elias may have turned babyface last week. The Wrestling Observer is reporting the same.

There’s a possibility that Elias returns to the ring tonight. He might go against a smaller wrestler like Drake Maverick to warm up before he starts competing regularly again.

At the time of his injury, he was getting more involved in key programs, and should arguably be in line for a decent push upon his return to the ring.