WWE SmackDown will take place at the WWE Performance Center in Orlando, Florida for the second week in a row without a live audience. With WrestleMania just a few weeks away, things could heat up on the blue brand tonight.

Last week’s show featured a face-to-face confrontation between John Cena and Bray Wyatt. Jeff Hardy also returned to the ring to take on King Corbin, while Asuka made a surprise appearance on SmackDown during a Tag Team match between Sasha Banks and Bayley and Alexa Bliss and Nikki Cross. Roman Reigns also sent a message to Universal Champion Goldberg.

Tonight’s show will feature the big debut of Rob Gronkowski on SmackDown. Roman Reigns and Goldberg will also make their Universal Championship match at WrestleMania official. A lot of action isn’t expected for tonight’s show just like the past few shows. 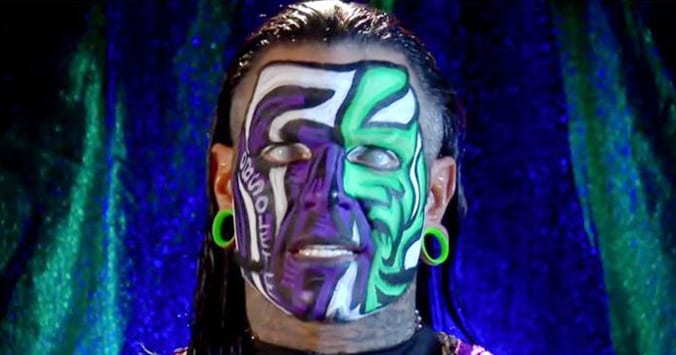 It was confirmed on WWE’s The Bump show that former WWE Champion Jeff Hardy is getting back his “No More Words” theme song on.

If you’ve never heard this song, then you can hear it below:

Below is what Hardy said about this:

I look forward to being in front of a crowd again because I think I’m getting my old theme back, from 2008-2009, called ‘No More Words’ and it’s going to be special again.”

It’s possible that Hardy comes out on tonight’s show with this theme song.