The last episode of Friday Night SmackDown before WWE TLC 2019 will take place tonight at the Fiserv Forum in Milwaukee, Wisconsin. WWE will be firing from all cylinders as the blue brand will wind up its build-up towards TLC tonight.

Last week’s SmackDown featured a night of humiliation for “The Big Dog” Roman Reigns who was showered with dog food by King Corbin and Dolph Ziggler after winning a match against Ziggler. Sheamus also ranted once again on the state of SmackDown while Bray Wyatt played mind games with The Miz.

Tonight’s show is set to feature Roman Reigns going after King Corbin and Dolph Ziggler. A SmackDown Women’s Championship match could also be announced tonight, and we can also cannot count out an appearance from The Fiend.

6. The Revival Confronts The New Day 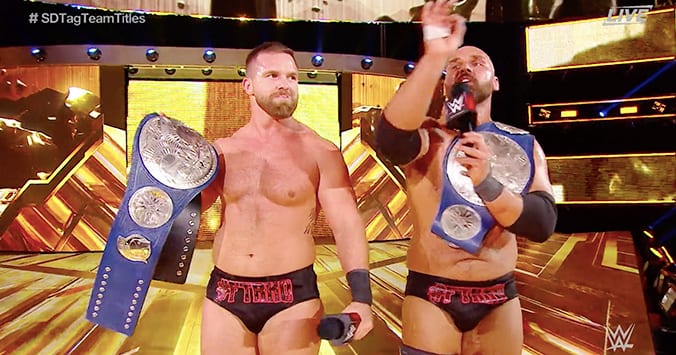 The rivalry has been reignited this month.

Last week on SmackDown, The Top Guys defeated Heavy Machinery, Mustafa Ali and Shorty G and The Lucha House Party to earn a shot at the SmackDown Tag Team Titles.

We can expect things to get physical between the two teams tonight.