WWE will be heading to the Rupp Arena in Lexington, Kentucky tonight for the next episode of RAW. Things will get more intense tonight as the Royal Rumble pay-per-view approaches.

Last week’s show featured Brock Lesnar announcing his entry into the Royal Rumble match, while The Big Show returned to join forces with Kevin Owens and Samoa Joe against Seth Rollins and AOP.

The Viking Raiders successfully defended their RAW Tag Team Titles in a Triple-Threat match. In addition, Becky Lynch got physical with Asuka, and Andrade ended his rivalry with Rey Mysterio.

Tonight’s show looks stacked as RAW will be competing against the several NHL games taking place tonight. Randy Orton will take on AJ Styles in another rematch, while Buddy Murphy will face Aleister Black for the third time.

A rematch between Rusev and Bobby Lashley is also booked for tonight’s show. The Big Show, Kevin Owens and Samoa Joe will take on Seth Rollins and AOP in the first ever Fist Fight. WWE Champion Brock Lesnar will also be there tonight.

7. Liv Morgan Helps Rusev Get A Win Against Bobby Lashley 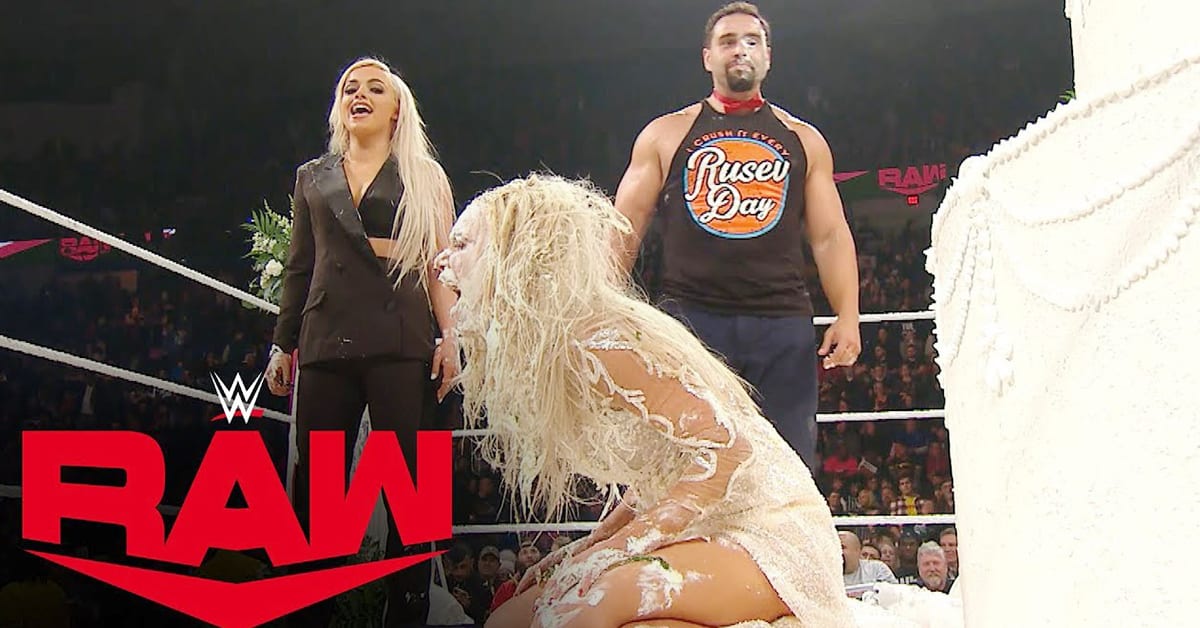 Bobby Lashley and his wife Lana have been the most unfortunate couple recently. Their wedding ceremony ended in complete chaos when Liv Morgan returned to reveal herself as Lana’s lover, while Rusev appeared to crash the ceremony on the other hand.

Last week on RAW, Lashley and Lana blamed all those who interrupted their wedding ceremony for ruining it. The Bulgarian Brute appeared on the titantron to inform Lashley that they’ll be going head-to-head in a rematch from TLC on this week’s RAW. To add to their bad luck, Liv Morgan announced that she’ll be on Rusev’s side tonight.

I heard Monday night is gonna be very interesting ?

At TLC last month, Rusev almost took out The All Mighty until Lana interfered to cost Rusev the match. However, the numbers will be even tonight with Morgan being in Rusev’s corner. If Lana tries to interrupt tonight, she’ll probably get a beat-down from Morgan. Rusev is expected to get the win tonight with some help fron Morgan.

We could even see Morgan and Rusev making out to give Lana a taste of her own medicine.