The first episode of Monday Night RAW for the month of December will take place tonight at the Bridgestone Arena in Nashville, Tennessee. The build-up towards TLC 2019 will continue with the possibility of some matches being announced for the event tonight as well.

Tonight’s show is set to feature an apology from Seth Rollins for the controversial comments he made about the RAW roster last week. Charlotte Flair will also take on The Kabuki Warriors in a 1 on 2 Handicap match. Expect some chaos on tonight’s show as TLC comes closer.

7. Rey Mysterio Gives Humberto Carrillo A Shot At The US Title 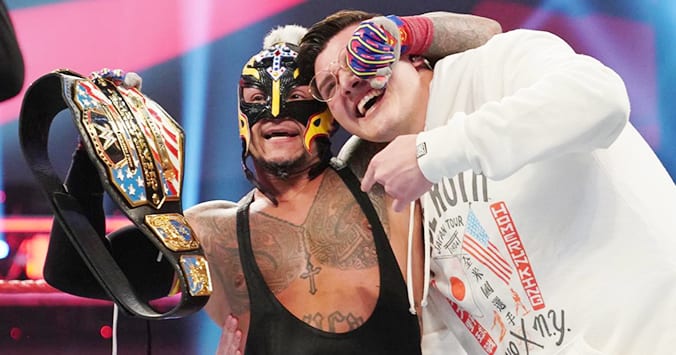 One night after his loss to Brock Lesnar, The Master Of The 619 won a Fatal-4-Way match to challenge AJ Styles for the United States Championship. Rey Mysterio successfully won his second United States Title later that night with some help from Randy Orton.

While AJ Styles will be looking for a rematch for the title, he won’t be getting it too easily. Besides, he will have to deal with The Viper as well as he picked a fight with him once again last week.

Mysterio has shown in the past that he’s a fighting champion, so we can expect some title opportunities for other Superstars during his reign.

There’s a possibility that Humberto Carrillo may get an opportunity tonight as he could not compete in the title match last week after an attack by The OC.