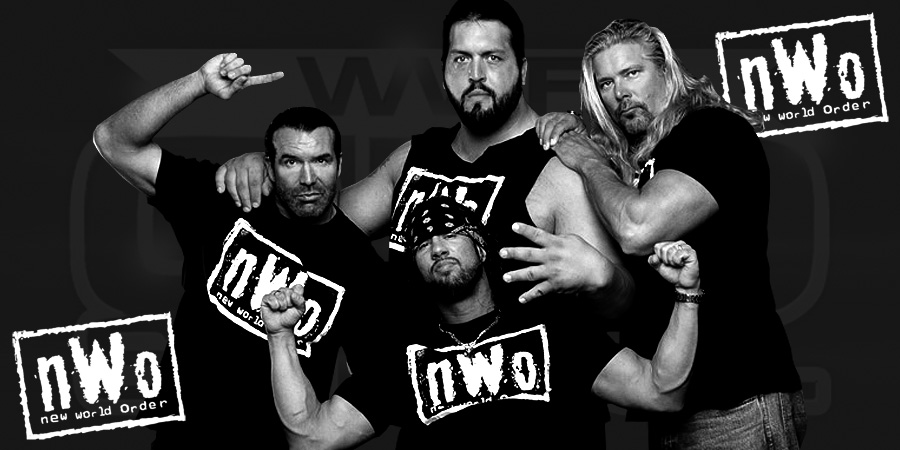 The WWF incarnation of the nWo New World Order was founded during the WWF No Way Out 2002 PPV on February 17, 2002 and lasted until July 2002, when Eric Bischoff disband it.

The official members of the WWF/WWE nWo were:

The last ever full time incarnation of the nWo New World Order was an unofficial one on TNA Total Nonstop Action / iMPACT Wrestling TV, that was founded on January 4, 2010 and ended on October 14, 2010.

Due to WWE owning the copyright to the nWo New World Order name, the stable was presented as “The Band” on TNA TV, using the same nWo logo style though.

TNA was lucky to have Jimmy Hart, who owned the rights to the instrumental version of the legendary 1998-1999 nWo Wolfpac entrance theme song, was working for them at that time, so the stable was able to use it as their entrance music.

The official members of the Band were:

To see the Honorable Mentions, check out the next page!!!