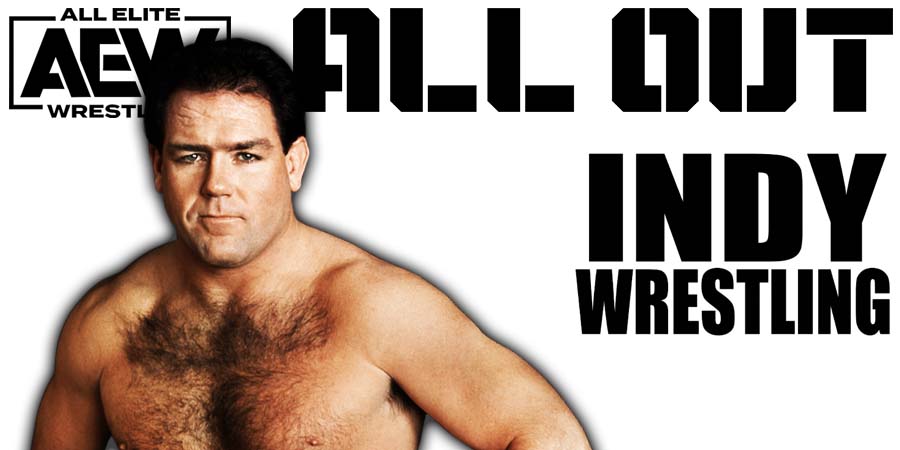 This is part 4 of our AEW All Out live coverage (part 3 is here).

Up next is Cody Rhodes vs. Shawn Spears (with his manager Tully Blanchard by his side).

Cody enters the ring and immediately hits a Suicide Dive on Shawn outside the ring! The two men are now brawling in the crowd. Cody takes the action into the ring and the match begins.

Tully decides to get physical and goes after MJF (who’s on Cody’s side). Shawn kicks down MJF during this fight.

While Tully is beating up MJF outside the ring, his former tag team partner Arn Anderson comes out and lays out Shawn with a Spinebuster!

For those who don’t know, Anderson & Blanchard were together known as The Brain Busters and they are former WWF Tag Team Champions!

Cody & MJF hug after the match.