All Elite Wrestling’s next PPV will be “AEW Full Gear” and it will take place on November 9th.

AEW has announced the first match for this PPV – Jon Moxley vs. Kenny Omega. This match was originally scheduled to take place at AEW All Out, but that match got changed to Kenny Omega vs. PAC due to Moxley’s elbow infection. Omega lost to PAC at All Out. 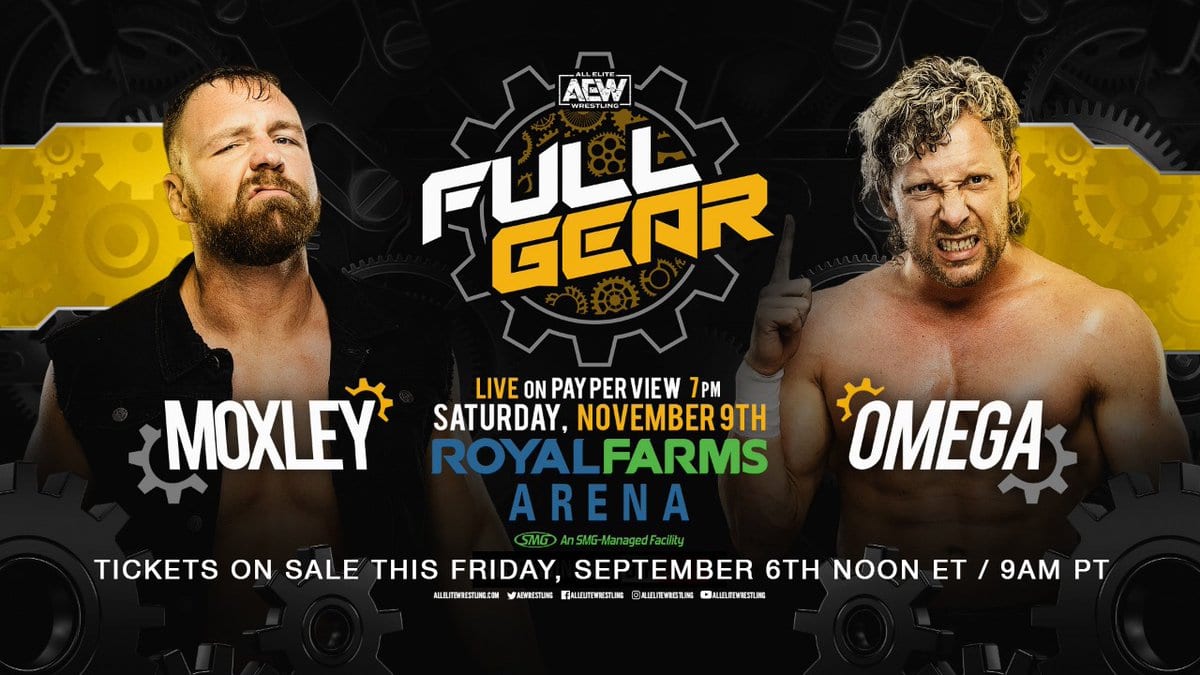 Tickets for AEW Full Gear will go on sale this Friday.

Speaking of AEW, TNT aired All Elite Wrestling’s “Countdown to All Out” special on Friday night at 10 PM ET.

This was AEW’s first ever show on TNT and you can watch it below: