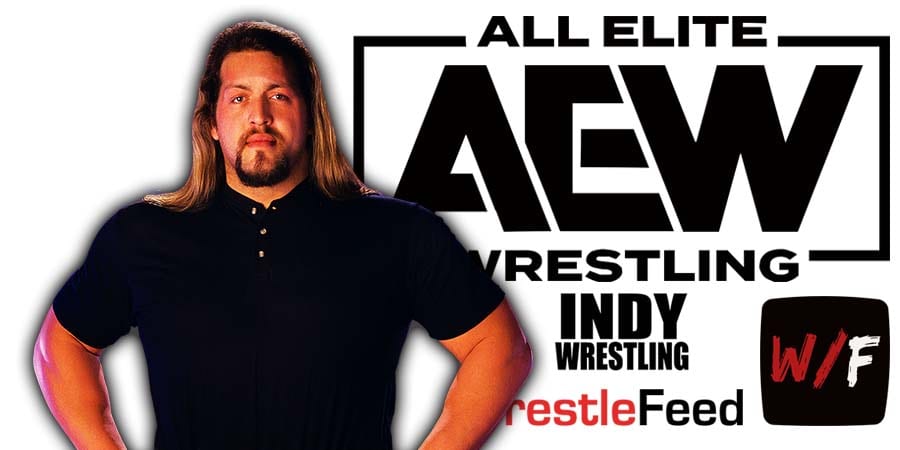 Below are the results from tonight’s episode of AEW Dynamite:

– AEW World Tag Team Champions The Acclaimed dropped their new music video and “The Big Show” Paul Wight was featured in the video as Captain Insano. You can watch it below:

– Sting and Darby Allin were shown driving to the Full Gear PPV.

– ROH TV Champion Samoa Joe said that he attacked Wardlow last week because Wardlow ran his mouth about taking every title in AEW and failed to recognize that Joe is the most dangerous man in the room and paid the price.

Powerhouse Hobbs came out and said that he’s been kicking Wardlow’s a$$ for weeks and threatened to kick Joe’s a$$ if he gets in his way.

TNT Champion Wardlow came out and all three men got into a brawl and needed to be separated.

#Powerhouse @truewilliehobbs offers the #ROH World TV Champ a challenge, but TNT Champion @RealWardlow isn't about to sit idly by, as mayhem ensues!

After the match, Pac said if certain individuals think they can make their triumphant return at Full Gear and beat them, it is ridiculous. Pac said that they are the Death Triangle and dared all comers to bring the heat, as Death Triangle runs from nobody.

It was then revealed that The Elite will return and challenge Death Triangle for the Titles at Full Gear.

– Ethan Page def. Bandido to advance to the finals of the AEW World Title Eliminator Tournament at Full Gear

– Saraya said she is here in AEW because she wants to beat the best and the best is Britt Baker.

– The TNT Championship match at Full Gear has been changed, as Samoa Joe has been added to it to make it a Triple Threat Match: Wardlow (c) vs. Powerhouse Hobbs vs. Samoa Joe.

– Jon Moxley addressed MJF ahead of their AEW World Title Match at Full Gear. The Firm came out and attacked Moxley & William Regal. MJF made the save and took them out.

MJF said he didn’t save Moxley because he likes him, but because he doesn’t want to hear any excuses after he beats Moxley to become the AEW World Champion.

Champion and Challenger face off here on #AEWDynamite LIVE on TBS!

It's @JonMoxley vs. @The_MJF for the #AEW World Title this SATURDAY at #AEWFullGear LIVE on PPV!
🔗https://t.co/ufkkXQChi6 pic.twitter.com/XaRHt02mK1