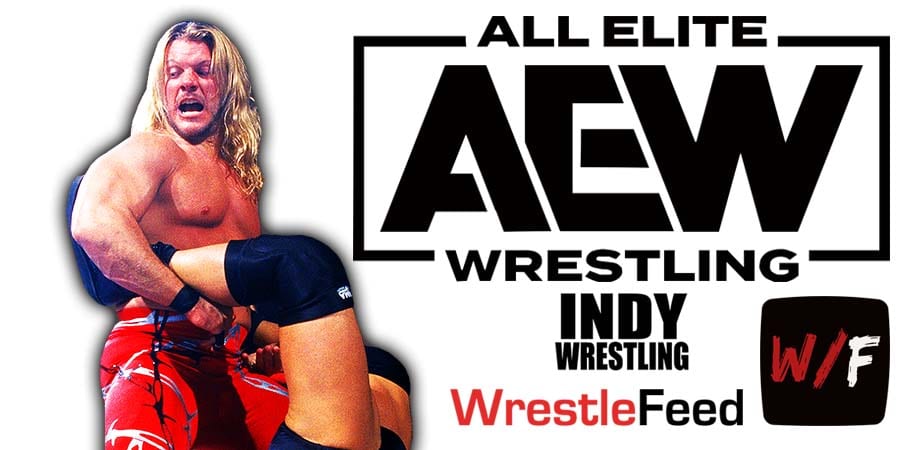 .@Sting is UNREAL! Double scorpion death drop AFTER going through the table.

– Sammy Guevara def. Shawn Spears (Sammy celebrated his engagement to his girlfriend after the match, who he proposed to earlier tonight) 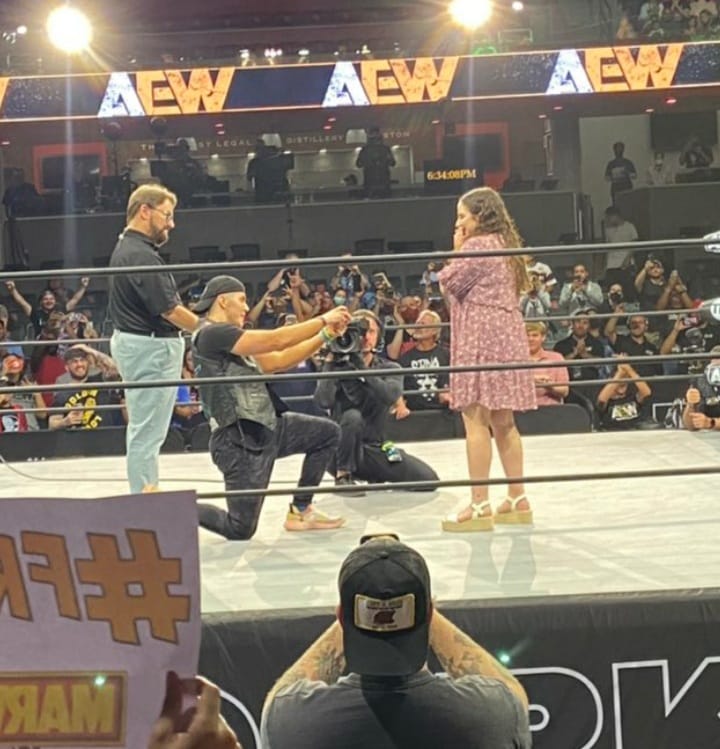 – Dan Lambert brought UFC Legends Junior Dos Santos & Andrei Arlovski with him. He issued a challenge to anyone in the AEW Locker Room. Lance Archer came out, but got attacked by Ethan Page & Scorpio Sky.

– The Young Bucks (c) def. Jurassic Express to retain the AEW World Tag Team Championship (After the match, The Elite beat down Jurassic Express & Christian Cage. Omega, who was wearing a ‘Chick Magnet’ T-shirt to tease CM Punk’s debut, hit a One Winged Angel on Christian and pinned him)

– “The Big Show” Paul Wight vs. QT Marshall was made official for AEW All Out 2021 PPV. This will be Paul’s first match in All Elite Wrestling.

– Jade Cargill vs. Kiera Hogan was announced for AEW Rampage: The First Dance this Friday night.

– Andrade El Idolo gave Pac a list of his terms for their match at All Out. Chavo Guerrero wished Lucha Brothers good luck in their Tag Team Eliminator, but reminded them that they won’t ever be AEW Tag Team Champions under Pac’s leadership.

No Judas entrance, no problem.

A soul-crushing loss for @IAmJericho to @The_MJF on #AEWDynamite. We will never hear the end of this. pic.twitter.com/Lh7VSr5QKL