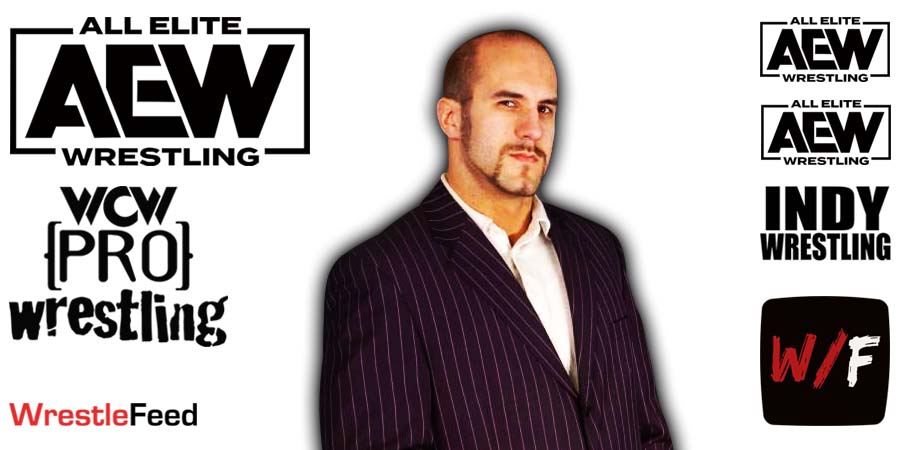 Below are the results from tonight’s post-AEW x NJPW: Forbidden Door edition of AEW Dynamite:

– Christian Cage said he was told to give an apology for his words about Jungle Boy’s father last week. Christian said he’s sorry that Jungle Boy’s whole family isn’t dead except his hot Mom and told her to give him a call.

Christian then revealed that Luchasaurus is his new Bodyguard.

– Scorpio Sky (c) vs. Wardlow in a Street Fight for the TNT Championship is made official for next week.

After the match, Jade called for more competition. Athena & Kris Statlander came out and went after Jade, but got stopped by Jade, Kiera Hogan & Leila. Leila offered a handshake, but Jade declined.

Below are the highlights from the main event:

.@MadKing1981 is the last man to enter the cage and he makes a beeline for @IAmJericho! It’s #AEWDynamite #BloodAndGuts LIVE on @TBSNetwork! pic.twitter.com/vnqq2dhDYh

The tacks have been introduced and @TheDaddyMagic has felt the effects! It’s #AEWDynamite #BloodAndGuts LIVE on @TBSNetwork! pic.twitter.com/IL6O7qqK9a

Also Read: “That Title has gone to sh*ts” – AEW Star On The TNT Championship

This episode was pre-taped at the Civic Center in La Crosse, Wisconsin and featured matches & storyline segments on the road to the ‘WWF In Your House 9: International Incident’ PPV.

Duke Droese vs. The Brooklyn Brawler