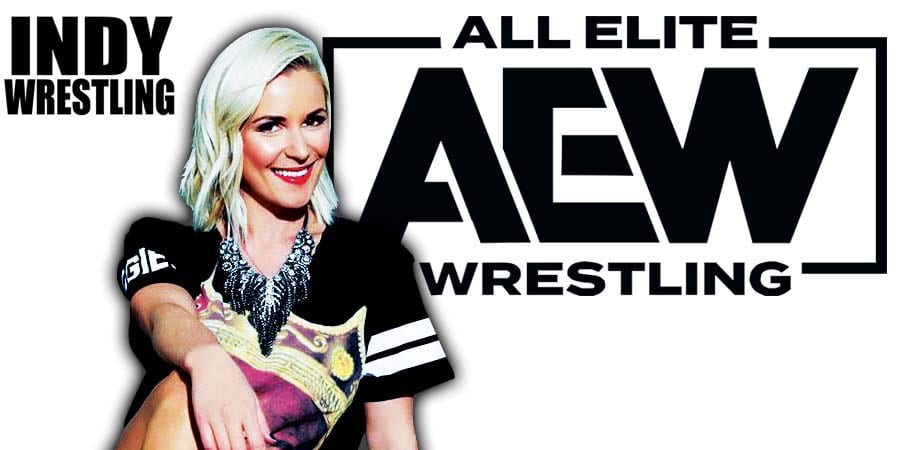 – Tonight’s episode of AEW Dynamite (which took place in Toronto, Canada) kicked off with Renee Young making her All Elite Wrestling debut and interviewing Christian Cage.

– Stokely Hathaway bought the contracts of Private Party. Isaiah Kassidy challenged Ethan Page to a match on Rampage for their contracts. Page agreed to the stipulation and added his own that if he wins, Matt Hardy’s contract will also be owned by Stokely.

After the match, The Embassy came out. Brian Cage said if it was up to him, FTR wouldn’t be allowed to come to Canada. FTR came out and issued a challenge to The Embassy for Rampage in a 6 Man Tag Team Match. They called out their Tag Team partner Shawn Spears and they took out The Embassy.

– Tony Nese & Smart Mark Sterling confronted AEW World Tag Team Champions The Acclaimed & Billy Gunn. Sterling said that he now owns the rights to “Scissor Me” and told them they can no longer use his intellectual property or he will sue them.

– MJF said everyone in AEW wants him dead and that he has no choice but to be the bad guy and that if you don’t like him, tough sh*t because when he looks in the mirror he doesn’t like himself either, but he’s okay with it because it’s what it takes to become Champion and he’s going to do whatever it takes.

Also Read: WWF Legend (Who Works In AEW) Turns Down The Idea Of Returning To Triple H’s WWE

The Big Bossman vs. Martin Roy