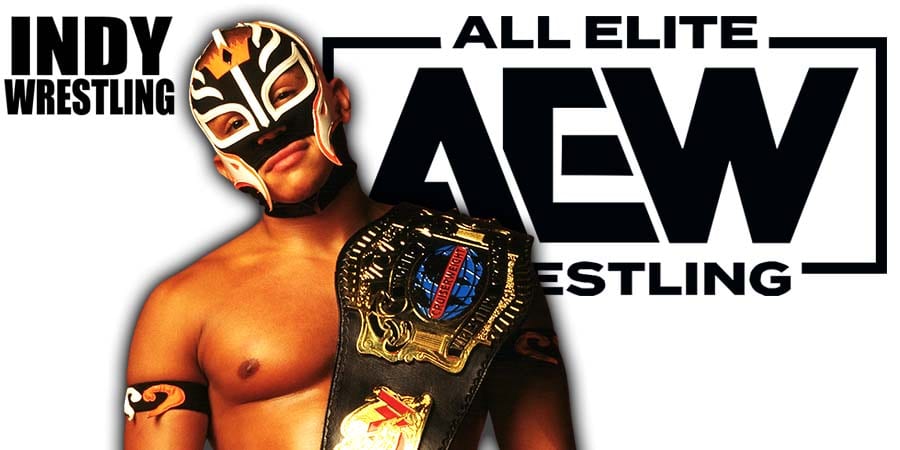 As noted before, Rey Mysterio’s WWE contract had expired in July and he was approached by AEW for a potential deal as well. However, he has re-signed with WWE, which reportedly keeps him with the company for 3 more years.

Fightful Select is reporting that Kingston mentioned Rey Mysterio in his promo, but that part was edited out and didn’t air on the show.

The reason behind it is unknown, but it’s likely that AEW doesn’t want to mention WWE wrestlers on TV, just like WWE doesn’t like to mention their wrestlers on its programming.