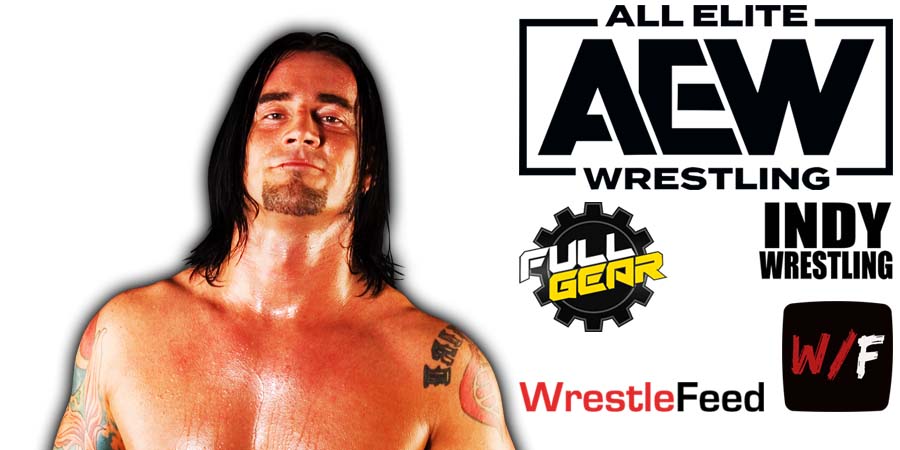 AEW President Tony Khan was spotted holding a notebook at a Jacksonville Jaguars game, and AEW Full Gear 2021 PPV matches were listed on it.

– MJF vs. Darby Allin (with Sting)

She stayed with the promotion (since May 2002 known as WWE) till 2006, but later received world wide media exposure, when she dated famous Hollywood Legend George Clooney from July 2011 to July 2013.