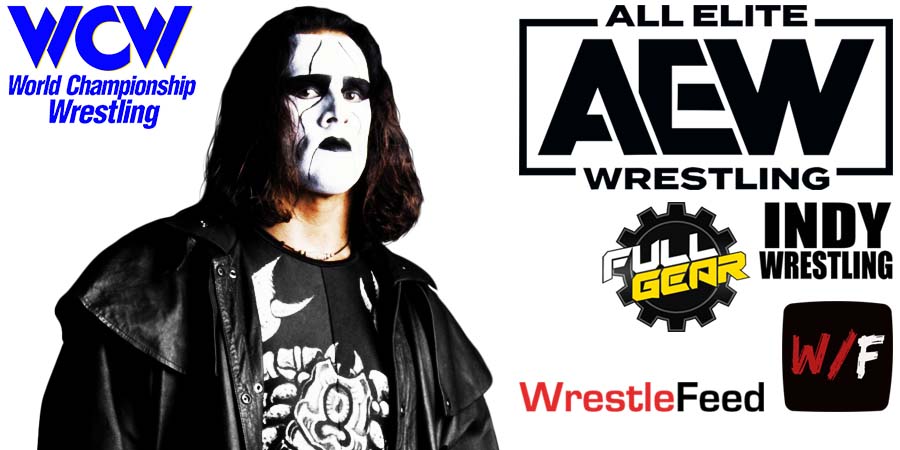 This is the 3rd PPV event under the “Full Gear” banner. Below is the match-card for tonight’s show:

– Darby Allin (with Sting) vs. MJF (with Wardlow)

On the Buy In show (pre-show), The Acclaimed tried to get Dante Martin to join them. Max Caster told Dante that if he stays with Lio Rush he will go for his 15th retirement. Anthony Bowens said that if he doesn’t join them they will break his legs. Dante declined their offer and took both of them out.

After this, the first match of the night took place.

We go to a backstage interview with Tony Schiavone after this. Orange Cassidy & a partner of his choosing vs. The Butcher & The Blade is announced for Wednesday’s Dynamite. Orange Cassidy said he’s giving Best Friends the night off, and will choose a member of Chaos as his partner.

The Full Gear main show kicks off with MJF vs. Darby Allin.

Shawn Spears and Wardlow tried to help MJF in this match, but “The Icon” Sting took them out with his baseball bat and a steel chair.

During the ending moments of this match, MJF brought in Darby’s skateboard and gave it to Darby to hit him with it. However, Darby gave it to the referee.

When the referee was placing the skateboard out of the ring, MJF punched Darby while wearing his Dynamite Diamond Ring while the referee was distracted and then pinned him to win the match.