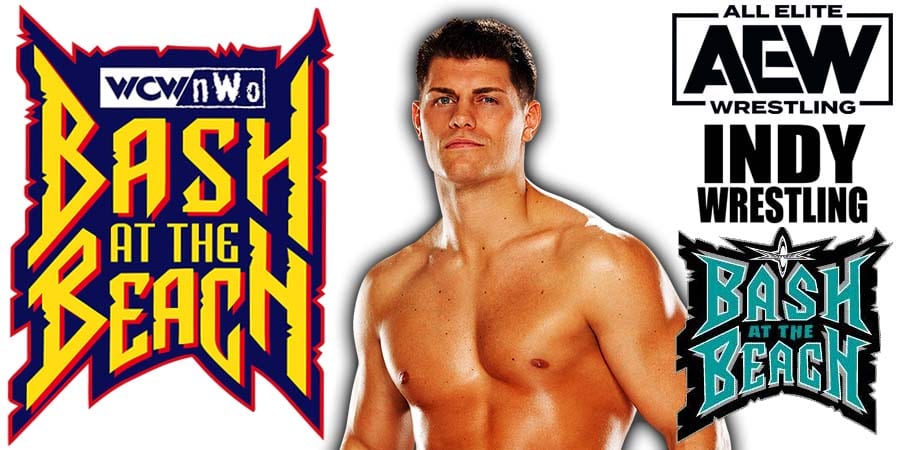 • ON THIS DAY IN WRESTLING HISTORY (January 16, 1987) – Calgary Stampede Wrestling

On this day in Pro Wrestling history on January 16, 1987, Bruce Hart’s version of Calgary Stampede Wrestling aired an episode of their weekly TV Show.

This episode included a Tag Team match with Ted Arcidi on one side and Bill Kazmaier on the other side.

• AEW Getting Sued For Their Bash At The Beach Episode

AEW aired a special “Bash At The Beach” episode of Dynamite this week and it looks like they might be in trouble due to this.

Dave Meltzer noted on Wrestling Observer Radio that WWE might be suing AEW for using “Bash At The Beach” despite Cody Rhodes trademarking it:

So I’m sure there’s a reason they said that. I don’t know if there were some threats or what, but they still called the show Bash At The Beach and next week is going to be Bash On The Beach, but they’re still gonna call it Bash At The Beach Week II.”