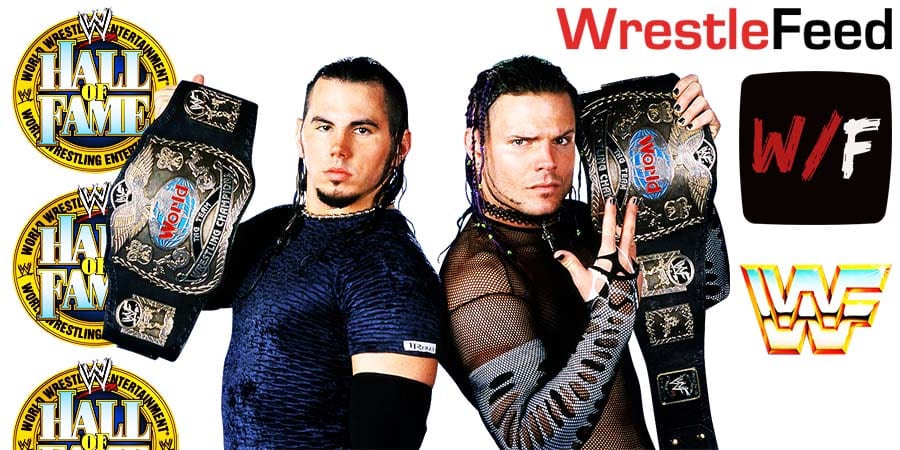 However, Good Ol’ JR thinks Vince McMahon won’t induct them into the Hall of Fame until Matt Hardy leaves AEW.

“I hope that somewhere down the road — I’m curious when they do the Hall Of Fame stuff in the future, you know The Hardys need to be in the Hall Of Fame. But as long as Matt is with AEW, and again, we talked about him wrestling Sammy Guevara this weekend on pay-per-view, I wonder if that’ll be — how that will be.

It’ll almost have to be, maybe, I might be wrong — is that Vince [will] say, ‘Yeah, they deserve to go in but when Matt leaves AEW, we’ll think about it’ and that may be the deal but Jeff is a star.”

It was broadcasted from the Corel Centre in Ottawa, Ontario, Canada and featured matches, interviews & storyline segments on the road to the ‘WWF In Your House 19: D-Generation X’ PPV.

3. The Truth Commission vs. The Headbangers

5. The Undertaker vs. Kama Mustafa