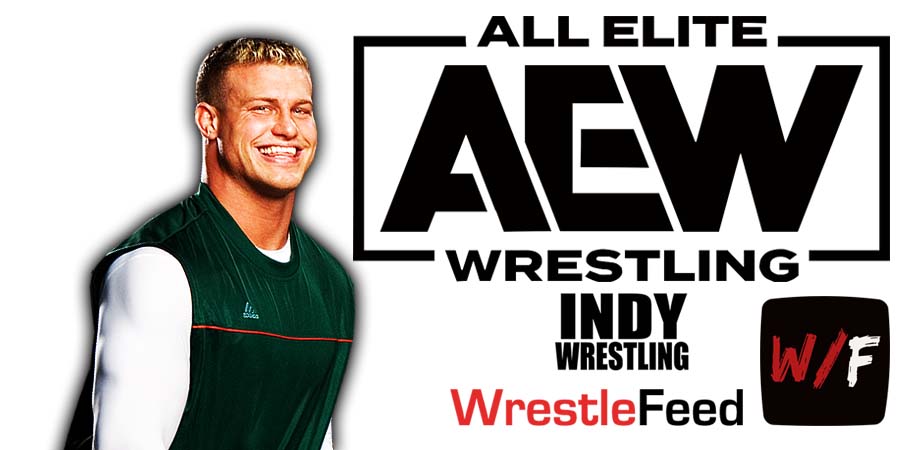 Below are the results from tonight’s LIVE episode of AEW Rampage:

– The Factory offered to help Ricky Starks against Powerhouse Hobbs. Starks said he doesn’t need their help and told them to leave. QT Marshall said that Starks will come around.

Konosuke Takeshita vs. Ryan Nemeth is UP NEXT on #AEWRampage LIVE on TNT! pic.twitter.com/tfB7zjxchi

Konosuke Takeshita picks up the win in dominant fashion tonight on #AEWRampage LIVE on TNT! pic.twitter.com/9pGAEc5CO7

Madison Rayne picks up the victory in her #AEW debut! It’s #AEWRampage LIVE on TNT! pic.twitter.com/p6bGcDbPgt

After the match, Jade Cargill dared Madison to accept her Open Challenge for the TBS Women’s Championship. Madison accepted and it’s made official for AEW Dynamite: Quake By The Lake.

We are LIVE on TNT with #AEWRampage right now! pic.twitter.com/OZF2M0sEKL

– Lucha Brothers want to raise the stakes for their match against Andrade El Idolo & RUSH and make it a Lucha Rules Match. Andrade & RUSH accepted and said they will show why they are the best.

This episode took place at the TNA Impact Zone in Orlando, Florida and featured matches, interviews & storyline segments on the road to the ‘TNA Hardcore Justice 2010’ PPV.