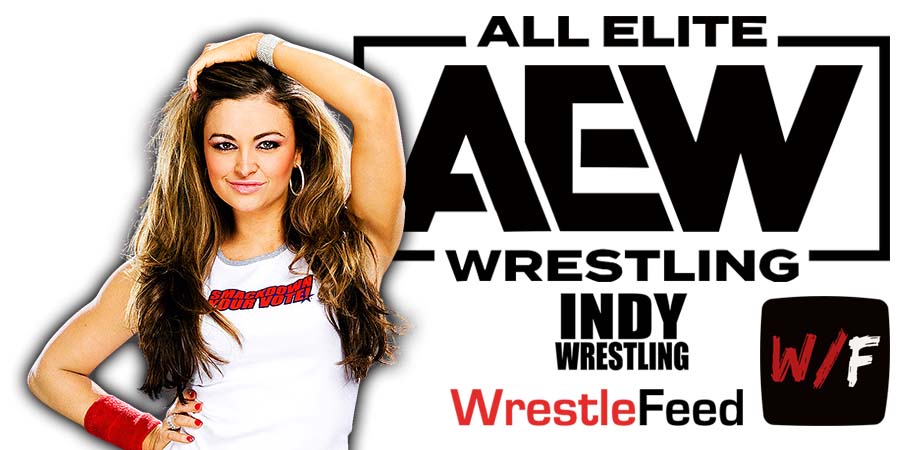 Below are the complete results from tonight’s taped episode of AEW Rampage:

After the match, Moxley sent a message to Hangman Page ahead of their Title match next week.

– Swerve Strickland said he embarrassed WWE Hall Of Famer Billy Gunn on Dynamite and mocked The Acclaimed. Keith Lee told Swerve that he doesn’t need to cheat to win and warned him that he’s swerving in the wrong lane.

– Dark Order was interviewed by Renee Paquette. Rush vs. Dark Order’s 10 was set for next week. If 10 wins, Rush & his crew must leave Dark Order alone.

Stu Grayson made his return to AEW and joined Dark Order again.

– Daniel Garcia said that when Chris Jericho hit him with the ROH World Title, he realized that Sports Entertainers beat Professional Wrestlers every time and he made his mind up to turn on Bryan Danielson.

Dalton Castle interrupted. Castle said he’s a former ROH World Champion and will step up if Jericho grants him a match. Jericho accepted and said that he’s going to pluck all of Castle’s stupid feathers.

After the match, Jade Cargill tried to take her TBS Women’s Title back, but Nyla escaped with it again.

They attacked FTR and Spears, which led to TNT Champion Wardlow & ROH TV Champion Samoa Joe making the save.

It’s not over until #WarJoe (@RealWardlow/@SamoaJoe) says so! What a night of action here tonight on #AEWRampage! pic.twitter.com/Vsg0nHBoAI

– Vader vs. Phinneas I. Godwinn