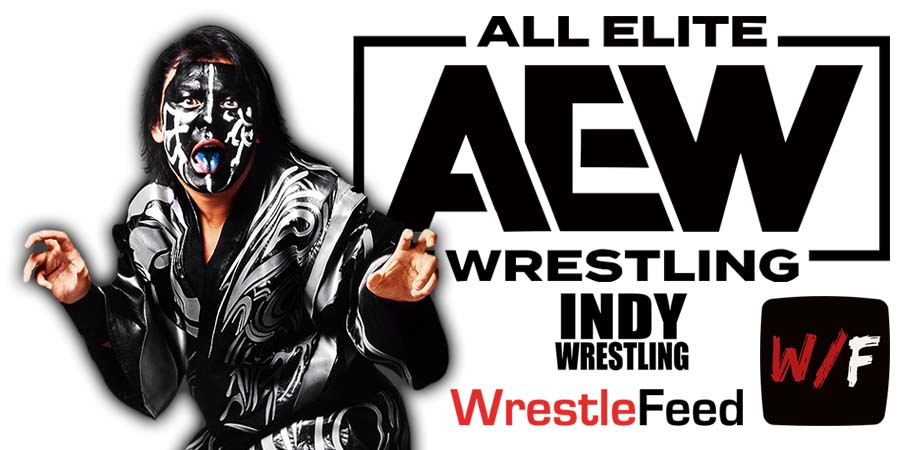 Sting then went on to pin Matthews to pick up the win. After the match, Sting & Great Muta celebrated, which received the biggest pop of the night.

.@Sting goes crashing through the table! #AEWRampage Grand Slam is on @tntdrama! pic.twitter.com/uGghlRqNbX

After the match, Christian Cage came out and bragged about squashing Jungle Boy at All Out, and declared that Luchasaurus is his Right Hand of Destruction. Luchasaurus then assaulted Jungle Boy.

– ROH World Champion Chris Jericho said that he is now the most honorable man in AEW, and announced a Jericho Appreciation Celebration for himself on next week’s Dynamite in Philadelphia.

Kingston didn’t let go of the submission even after the match was over, which led to the referee overturning the decision and declaring Sammy the winner.

– Ricky Starks def. Powerhouse Hobbs in a Lights Out Match