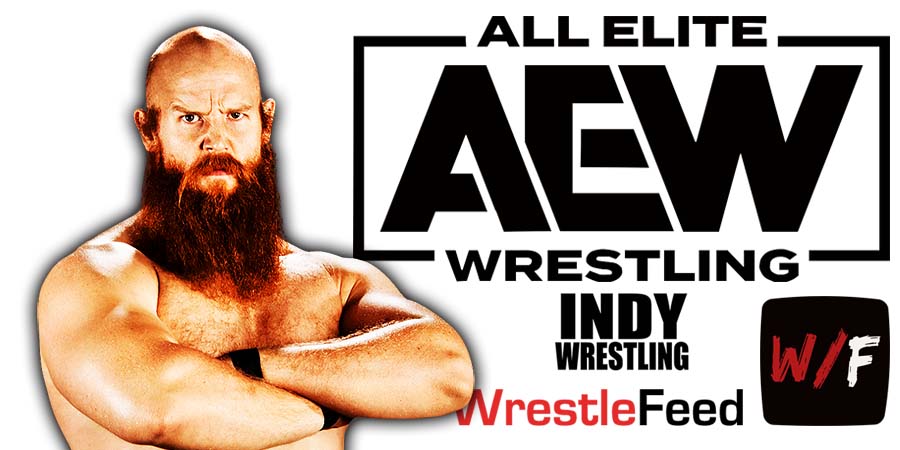 After tonight’s episode of Dynamite went off the air, All Elite Wrestling taped this Friday’s episode of AEW Rampage “Quake At The Lake”.

– Bryan Danielson was interviewed in the ring by Tony Schiavone. Daniel Garcia interrupted and talked about Bryan’s history of retiring & then returning, and again retiring & returning.

Danielson said he doesn’t want to hear about Garcia’s Sports Entertainment bullsh*t and asked if Garcia wants to be the best professional wrestler on the planet. Bryan said he’ll leave that for Garcia to decide and left.

After the match, Sammy accepted Eddie Kingston’s challenge for a match at the All Out 2022 pay-per-view.

Parker Boudreaux cleared the ring after the match. Sonny Kiss came out and turned heel by attacking Cassidy.

WWF Update: They Show Someone Kissing Ted DiBiase’s Foot After A Match

The Hart Foundation vs. The British Bulldogs