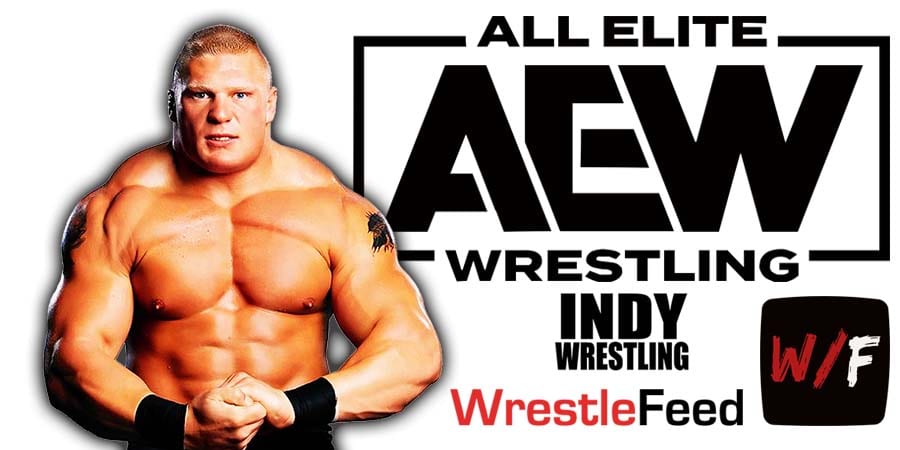 “What’s your opinion on Brock Lesnar and a future dream match?”

“Brock is one of the greatest athletes and performers of all time. I’d need more friends if I were to face him.”

Brock is one of the greatest athletes and performers of all time. I’d need more friends if I were to face him.

Lesnar isn’t currently under a WWE contract and there’s speculation going on that he’ll ask for more money from Vince McMahon to make a return, especially after WWE Legend Big Show recently signed with AEW.

Multiple legendary names had no problem in signing with WWE’s rival company, and Brock signing with AEW can’t be ruled out whatsoever, as Lesnar is all about the money.

For years, Lesnar used UFC to get more money from WWE. With a UFC return out of question due to his age, Lesnar could use AEW get an even better new contract from WWE.

You can check out details of all of Lesnar’s WWE contracts from 2012 to 2020 by tapping here.

WATCH: Sable Shows Off Her Buns:

Today would have been the 95th birthday of AWA Wrestling Legend Verne Gagne.