3. No.1 Contender: The Undertaker vs. Chris Benoit vs. Chris Jericho vs. Kane

According to BodyslamNet, AEW wrestler Jimmy Havoc got into a fight with AEW commentator Excalibur during Tony Schiavone’s birthday party at Jimmy’s Famous Seafood on Friday night.

Havoc was very drunk and took a swing at Excalibur, but missed. This led to Excalibur putting Havoc in a chokehold. It should be noted that this fight went down in front of AEW President Tony Khan. 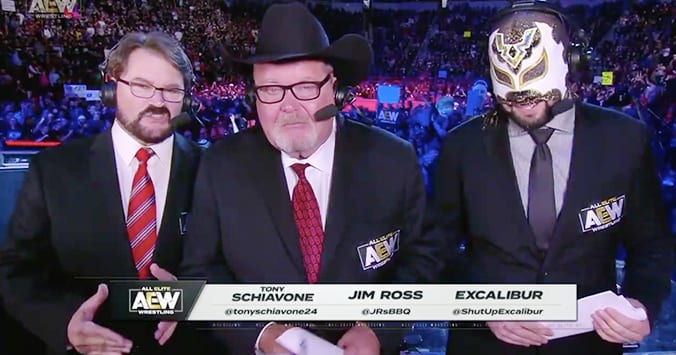 Havoc got up after being put to sleep with the chokehold and restarted the fight:

“Atlas security stepped in and got Excalibur to release the chokehold, however the incident was not over because when Havoc came to he once again throws a punch at Excalibur, only this time he connected. This resulted in a skirmish/brawl/pull apart between the two, until Atlas security could break it up and escort Jimmy Havoc outside.”