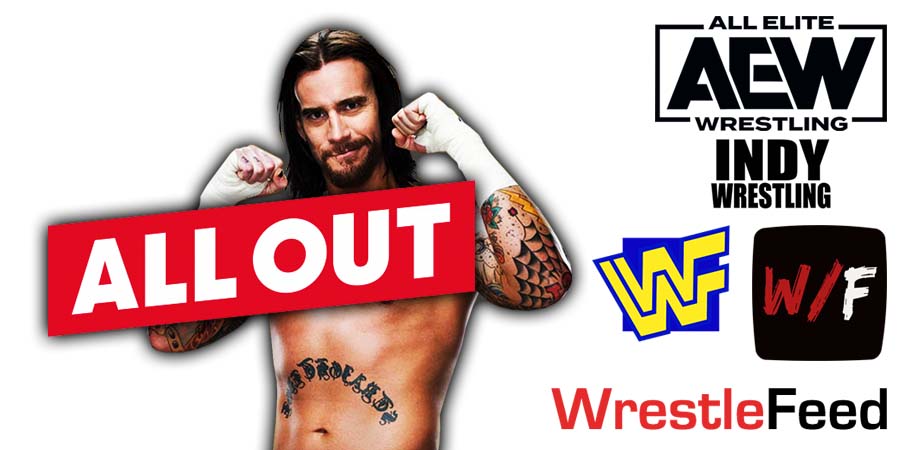 • AEW Wrestler Says He Isn’t A Fanboy Of CM Punk

Darby Allin is CM Punk’s first ever AEW opponent and their match will happen at tonight’s All Out PPV.

While they’re both babyfaces, Sting’s tag team partner doesn’t actually seem to be a fan of Punk.

Here’s what Darby said during a recent Q&A:

To be honest, I don’t wanna be this generation’s CM Punk. I wanna be Darby Allin. I don’t really care and I draw a lot of inspiration from CM Punk and I know CM Punk said that when he was younger I would have been his favorite wrestler, but when I was 15 years old Punk was my favorite wrestler.

Burning bridges, he doesn’t care what people think. I don’t like a$$-kissers so someone like him I really looked up to, but it doesn’t mean I wanna be him.”

Also Read: Spoiler On Possible Title Change At Tonight’s AEW All Out 2021 PPV

– The Fabulous Freebirds defeated The Patriots