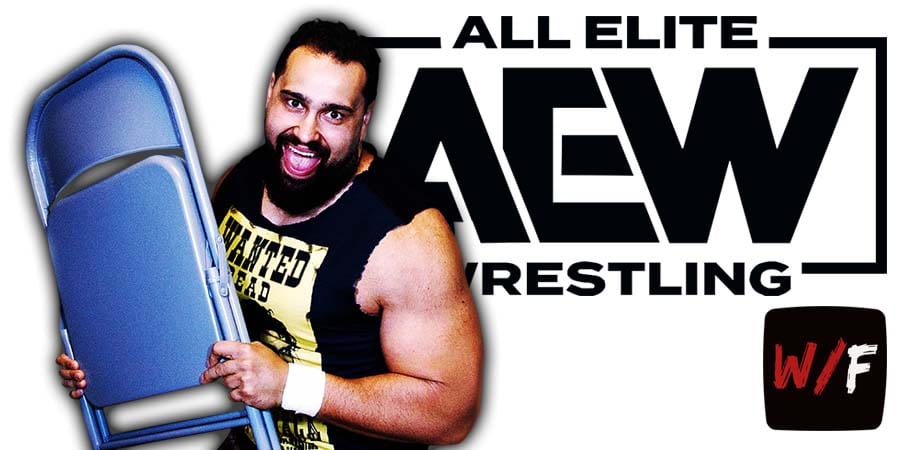 Johnny B. Badd vs. Johnny Rich

Former WWE wrestler Miro (fka Rusev), who debuted as “The Best Man” during Kip Sabian and Penelope Ford’s segment on last week’s AEW Dynamite, was asked by a fan during his recent Twitch stream if he was tired of being involved in “stupid” wedding segments.

“First of all, I have never been in a stupid wedding segment. If you want to go back and research all the wedding segments that I did, they all have broken all kinds of records, thank you very much and no, weddings are fun. Who gets tired of going to a wedding? I don’t know. I’m not tired of having fun. Are you?”

Miro has been a part of 2 wedding segments in his career. One of them was back in 2016, where his wedding with Lana was crashed by Roman Reigns. The second one came at the end of 2019, which was between Bobby Lashley and Lana. The next one will be on AEW Dynamite.