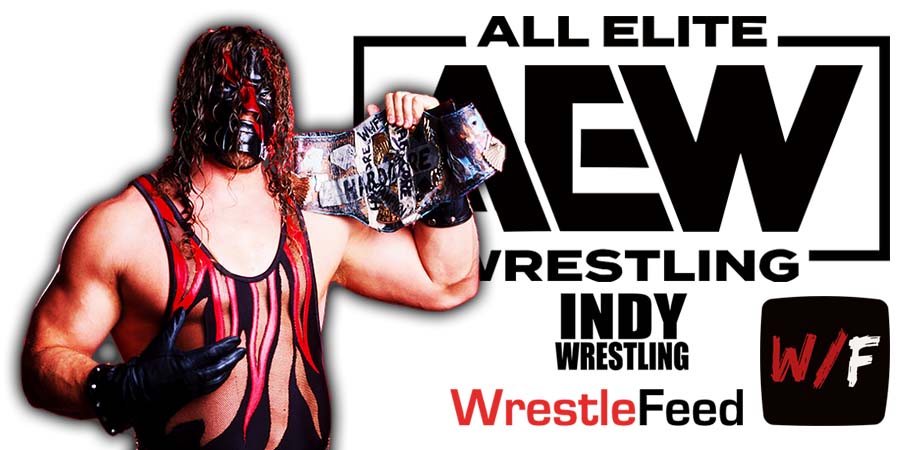 • AEW Wrestler Took A Shot At Kane On Tonight’s Dynamite

As we noted before, WWE Hall Of Famer Kane (real name: Glenn Jacobs), who is the Mayor of Knox County, posted his opinion on the Russia – Ukraine situation on Twitter.

2-Time WWE Hall Of Famer X-Pac, who used to be Kane’s tag team partner during the Attitude Era, posted a GIF of him throwing a fireball at the Big Red Machine:

Max Caster of The Acclaimed took a shot at Kane during his rap about his opponents on tonight’s AEW Dynamite.

Below is what Caster said:

“We the reason for the people in the seats, y’all are less popular than Glenn Jacobs’ tweets.”

Everybody loves #TheAcclaimed! They're the next team here at the Casino Tag Team Royale and join #FTR and #TopFlight in the ring! Watch #AEWDynamite LIVE on @TBSNetwork right now! pic.twitter.com/PBdq12NsZn