According to BodySlam, AEW has signed former ROH wrestler Brody King to a contract.

Here’s what they reported about Brody’s signing:

“I spoke with multiple sources and have confirmed that Brody King has signed with All Elite Wrestling.

When I asked about King’s signing, one source told me that he was told on thanksgiving weekend it was a done deal, and that he believed the signing happened almost immediately following the ROH news.”

In September, AEW wrestler Malakai Black teamed up with Brody King to defeat the team of Black Taurus and Flamita to win the vacant PWG World Tag Team Championship. 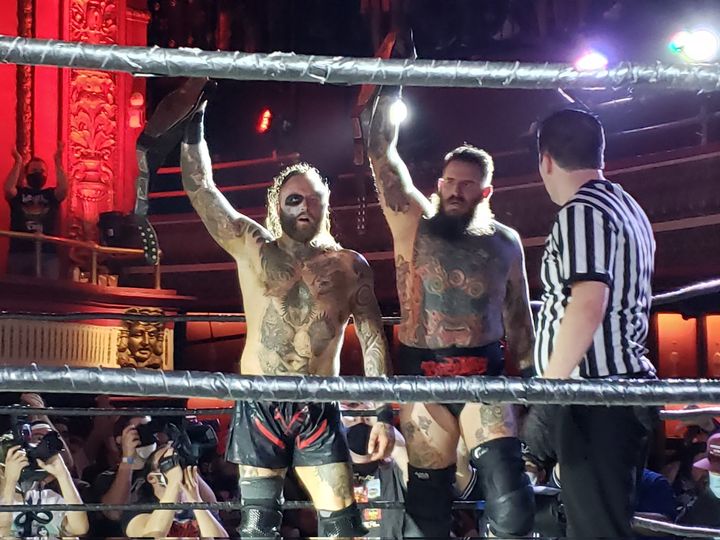 During an appearance on X-Pac’s podcast, Brody King had the following to say about his tag team with Malakai Black:

“For the time being, I think it’s definitely exclusive to PWG, but I like to push the boundaries a little bit. Even if, I don’t know what’s allowed and what’s not — I just kinda play within the bounds that I’m given.

But it’s really awesome to go to New Japan, to be able to work guys like The Good Brothers, so you have this like IMPACT, New Japan, AEW-thing and then the thing that me and Malakai are doing, we get to bend the rules a little bit without breaking them.

But I would love for there to be some kind of ‘forbidden door opening’ to where we can all just go crazy and give the fans what they want.”

It was broadcasted from the TD Banknorth Garden in Boston, Massachusetts and featured pre-taped matches, interviews & storyline segments on the road to the ‘WWE Armageddon 2006’ PPV.