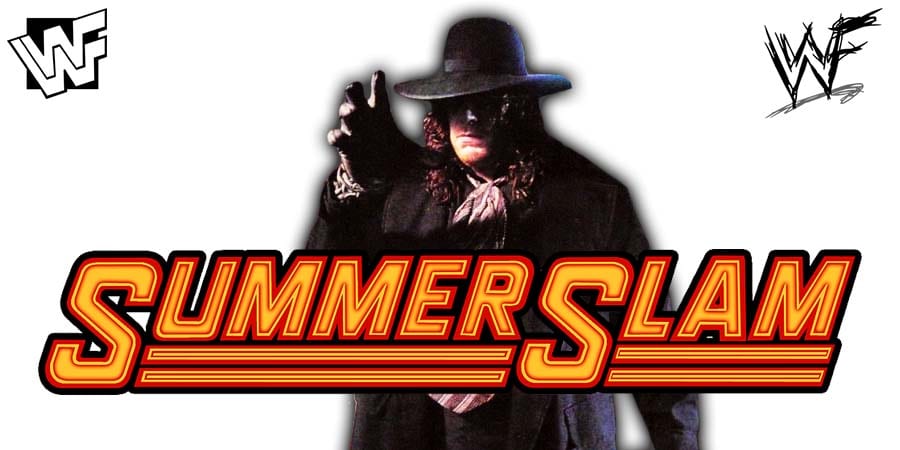 While speaking to BT Sport, Intercontinental Champion AJ Styles brought up an interesting storyline to bring The Undertaker out of retirement.

“You want me to give you one? Here’s one. I’m the IC champ, Undertaker’s never been the IC champ. I’ll put it on the line against you, and if you freaking beat me, I’ll leave WWE forever, but if I win, you leave.

There, there’s the story behind that. I’ll see if he comes at SummerSlam.

He said it on TV, ‘I’m retired,’ but he never said it to me. He said if Vince needed him then he’ll be there…just saying.”

We’ll have a good idea by March of next year if Vince needs Taker to come back.