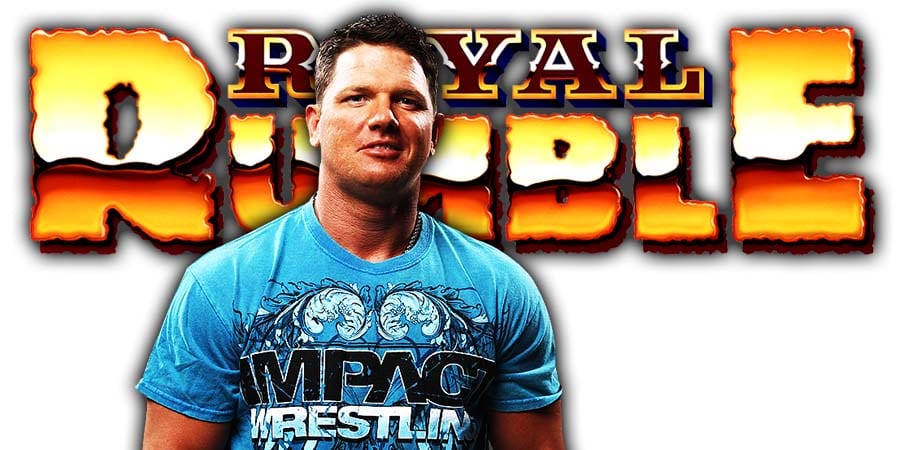 It was broadcasted from the First Union Center in Wilkes-Barre, Pennsylvania and featured matches, interviews & segments on the road to the ‘WCW SuperBrawl 2000’ PPV.

3. Billy Kidman vs. The Wall

4. The Total Package vs. Brian Knobbs

As we noted before, Edge speared AJ Styles during the Men’s Royal Rumble 2020 match and Styles landed badly on his shoulders as he was trying to sell the spear in a devastating way.

A thing of beauty. #MensRumble

On his Mixer channel, Styles confirmed he has a separated shoulder from the above spot, but mentioned that he won’t miss WrestleMania 36.

While some fans tried to blame Edge for Styles’ injury, Styles refused to put the blame on Edge as it was his own fault.

“Just so everything is clear, Edge did nothing, absolutely 100% nothing wrong. His move, his spear, everything was perfect the way he did it. If there is any blame put on anybody about what I’m dealing with with my shoulder, it’s me. 100% me.

I just went crazy with my bump there. The only problem with flipping over that way I did [is] the first thing to hit was my left shoulder. And I thought I had dislocated my shoulder and they wanted to get me out of there right away.

Don’t expect to be out very long. I’m assuming and I’m betting on myself that I’ll be back before they think that I’m ready. So we’ll see how that works out.

I’m not going to miss WrestleMania. I’ll scratch and claw my way there if I have to.”