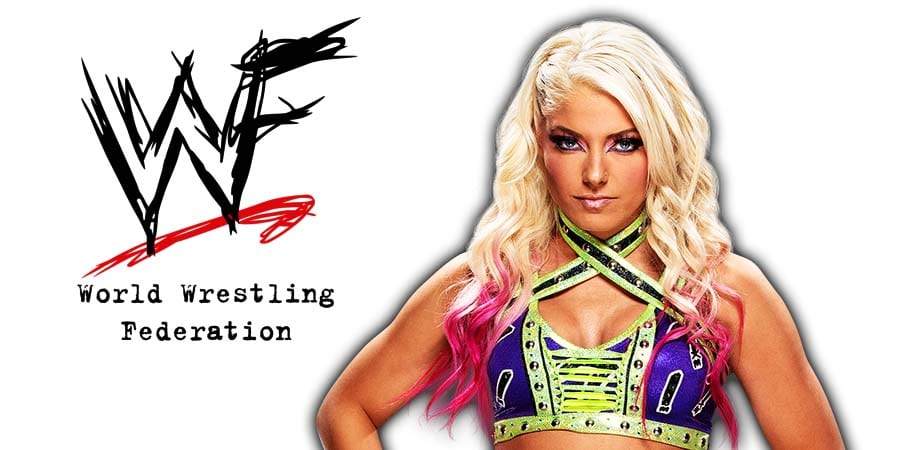 • WWE Hoping To Hold Live Events By The End Of Summer

WWE hasn’t held an event outside Orlando, Florida since the March 9th episode of RAW in Washington D.C.

PWInsider is reporting that WWE is hoping to have live events by the end of this summer.

“We are told that the company is hoping, if all works out, to be prepared to hold live events by the end of the summer.”

It was also noted that “some in the company are even hoping to running events outside of TV tapings at the Performance Center or Full Sail Live by August, but others believe that timeframe is premature. The entire process has been described as being very ‘day to day’ with plans and strategies quickly changing as the company works to establish different contingency plans.”

WWE has started booking arenas from September onwards, so they could be back to running live events by then.

• Alexa Bliss On Relationship With Murphy Following Their Split

A fan recently asked SmackDown Star Alexa Bliss about her relationship with Murphy following their split:

“I’m confused… Are you with this dude as people are saying?? Or are you still with Buddy Murphy because i saw you answer a question the other day saying ‘our animals’.”

Below is what Alexa replied:

Alexa then posted a photo with her current boyfriend, Ryan Cabrera:

He makes me laugh … often ? pic.twitter.com/uEHDRkGo0m

Also Read: Alexa Bliss Reacts To A Person Who Threatened To Kill Her Boyfriend