After the Sonya Deville stalker incident from 2020, WWE Superstars have been vary cautious of threats sent to them on Social Media.

This user apparently wants Alexa to stay away from AEW wrestler Buddy Matthews (fka Buddy Murphy in WWE, real name: Matthew Adams) and RAW Superstar Rhea Ripley, who are dating. Buddy is the ex-boyfriend of Alexa.

“I do have something to say – I saw the DM you sent to people saying you were going to shoot me and my husband yourself. Those screen shots have been turned in.”

You can read some of the comments this user made on Alexa’s Instagram post in the screenshots below: 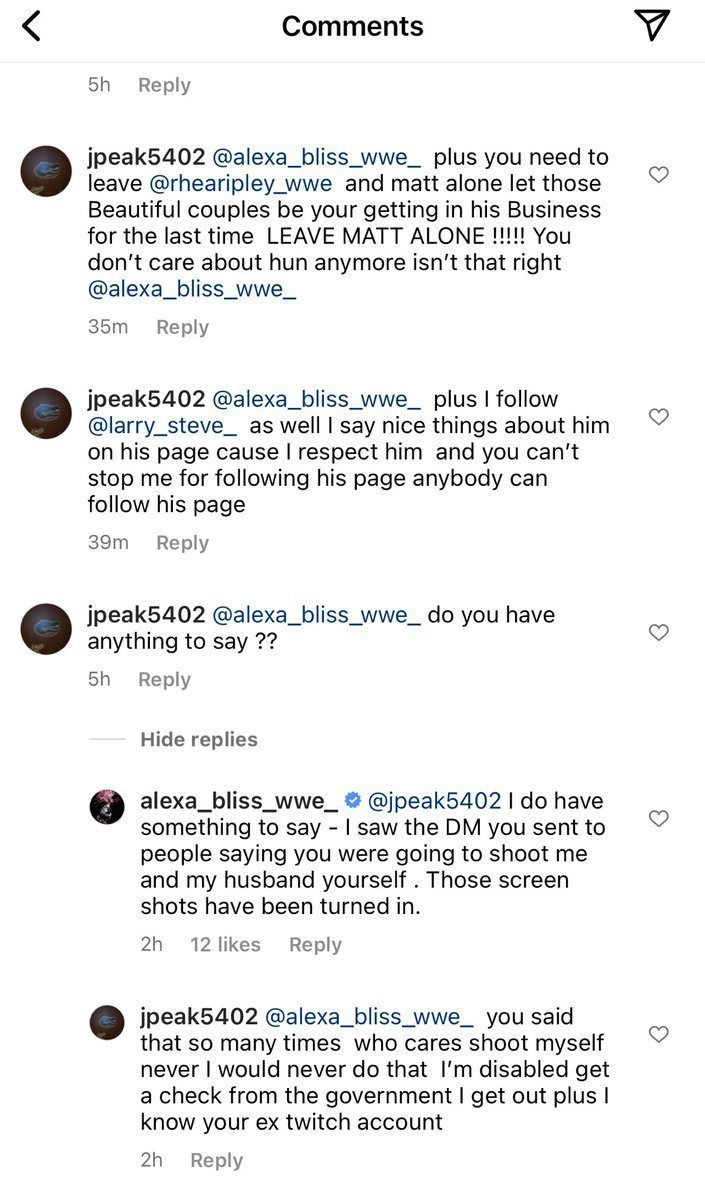 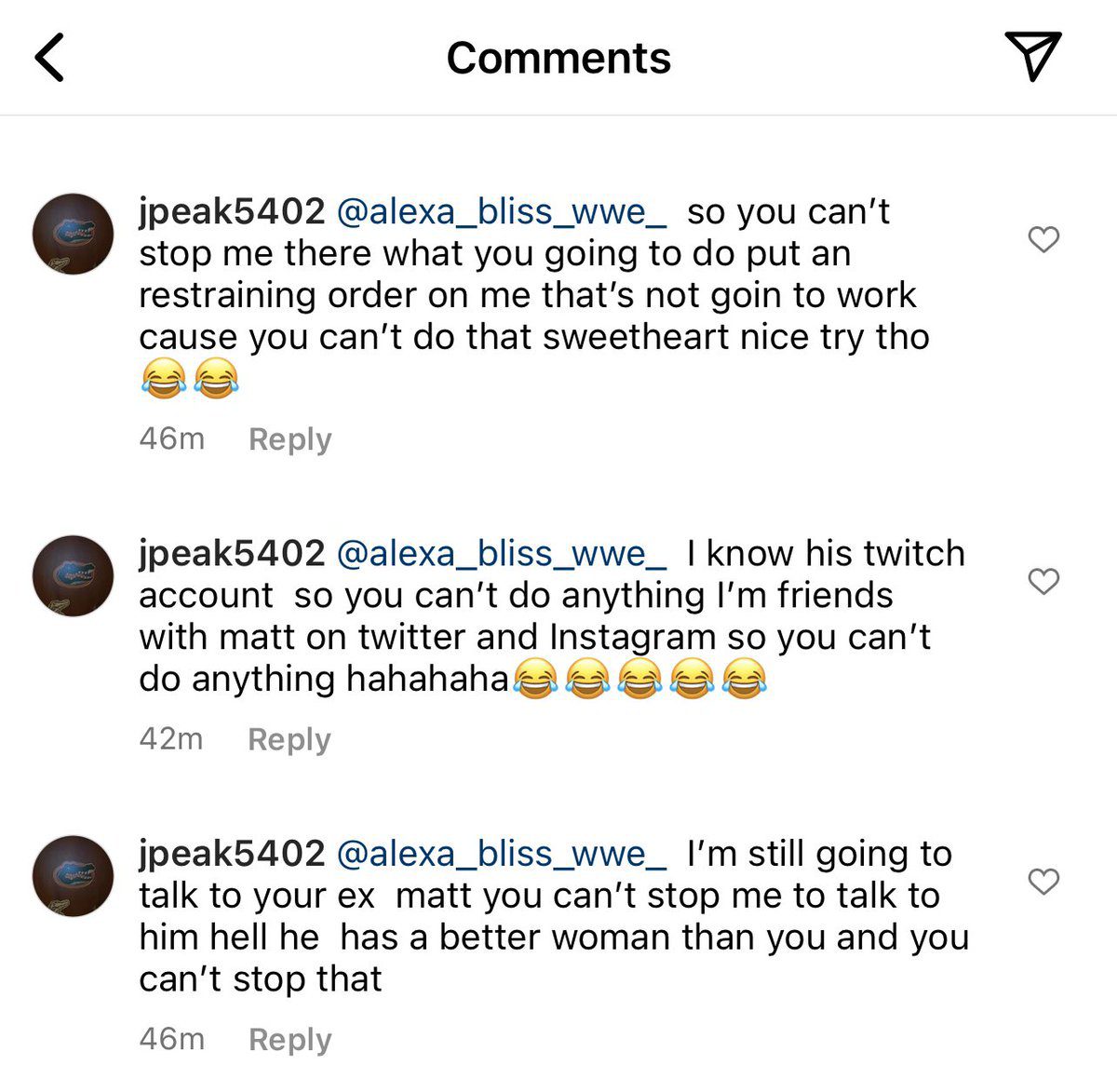 On this day in Pro Wrestling history on May 24, 2009, Total Nonstop Action aired ‘TNA Sacrifice 2009’ LIVE on PPV from the TNA Impact! Zone at the Universal Studios in Orlando, Florida.