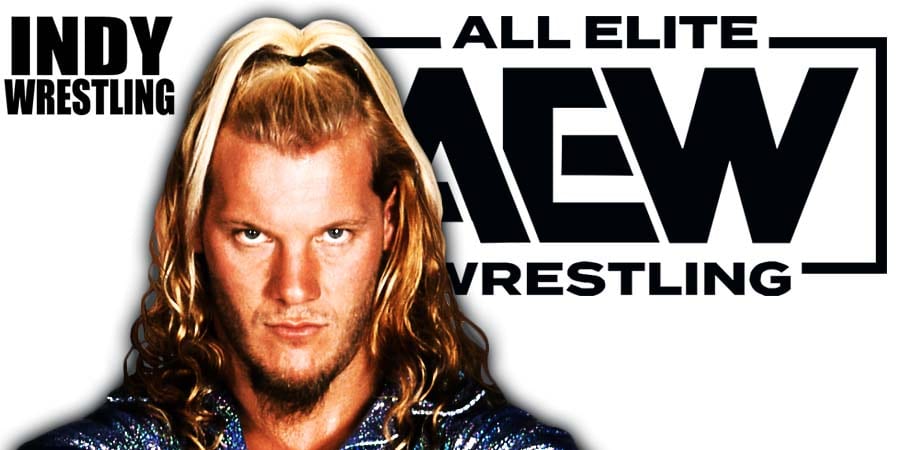 • Andrade El Idolo Not Allowed To Use A Move In AEW Due To Chris Jericho?

A fan posted a clip of Andrade using this move on Johnny Gargano during their NXT TakeOver match. You can watch it below:

This spinning elbow from Andrade to Johnny Gargano was sick pic.twitter.com/5tBNW4rUN9

Andrade saw this clip and replied:

While he didn’t reveal the reason why he’s not allowed to use this move in All Elite Wrestling, it should be noted that WWF Legend Chris Jericho’s finishing move in AEW is The Judas Effect, which is a Spinning Elbow.

So it is possible that Jericho wants to protect his finisher and no one else is allowed to use it.

Also Read: Vince McMahon Tried To Get Chris Jericho Out Of His AEW Contract

It was broadcasted from the Thomas & Mack Center in Las Vegas, Nevada and featured pre-taped matches & storyline segments on the road to the ‘WWF Unforgiven 1999’ PPV.

– Chyna & Billy Gunn vs. The Hollys

– Pepper On A Pole Match: Al Snow vs. Big Bossman